In early May 2017, Britain’s Labour Party suffered humiliating reversals in local elections and failed in their bid to wrest control of the council of Barnet from conservatives. Labour candidates campaigning in areas with substantial Jewish constituencies were handed stinging defeats. In West Hendon, which is an area of Barnet, all three candidates fielded by the Labour Party lost. West Hendon was thought to be a safe Labour bastion. The Party had retained these seats for nearly 40 years.


The reason for Labour’s defeat was obvious. Jewish constituents who had previously been loyal to Labour to a fault, defected en masse to conservatives, and Labour’s leader, Jeremy Corbyn gave them virtually no choice. Corbyn has referred to Hezbollah as his “friends,” and has spoken of Hamas in glowing terms. He defended a rabidly anti-Semitic mural depicting Jewish bankers counting money and playing monopoly on the backs of people with dark complexions. He joined Facebook groups dedicated to propagating anti-Semitic conspiracy theories and was dismissive of claims that members of his own party engaged in Holocaust revisionism.

Britain’s Labour Party membership, taking cue from Corbyn, is rife with antisemitism and this deleterious trend shows no sign of abating. If anything, it is intensifying. Labour MP Naz Shah, who previously espoused anti-Semitic memes and complained on social media about “Jews” skewing online polls, was recently appointed Labour’s shadow equalities minister. Even more disquieting is the fact that the Labour Party recently adopted a very watered down definition of antisemitism which omits critical defining elements of Jew-hatred.

There are worrying signs that America’s Democratic Party is following in the footsteps of its Labour Party cousin across the Atlantic. Radical elements within the Party are increasingly pulling Democrats farther to the Left. They are calling for open borders, the dismantling of the U.S. Immigration and Customs Enforcement bureau, an end to free enterprise and single payer healthcare. Radical Intersectionalists have also latched themselves on to the Palestinians, viewing them as victims of Israeli and Jewish aggression, colonialism and imperialism.

Israel still enjoys widespread bipartisan support from both parties but there are worrying trends occurring within the Democratic Party demonstrating an erosion of support, and often, that erosion is accompanied by anti-Semitic rhetoric grounded in hate and conspiracy. In Minnesota, Democratic congressional nominee Ilhan Omar accused Israel of “evil doings” and referred to Israel as an “apartheid regime,” a calumny frequently regurgitated with banal regularity in anti-Semitic circles.

In New York, the Democratic congressional nominee, who beat 10-term Queens Rep. Joe Crowley, belongs to an organization – the Democratic Socialists of America – that supports the anti-Semitic BDS. The same group also calls for the abolishment of borders, prisons and profit. Alexandria Ocasio-Cortez also labeled Israel’s legitimate attempts to defend its border with Gaza as a “massacre” even though 80% of those killed in clashes at the Gaza border were confirmed Hamas or Islamic Jihad operatives.

Rather than calling them out on their antisemitism and other marginal positions, Democratic Party leaders have heaped praise on them. Though disquieting, this is unsurprising. Last year, Sen. Kirsten Gillibrand (D-NY) showered Farrakhan supporter and quintessential anti-Semite Linda Sarsour with praise, and refused to backtrack even when confronted with incontrovertible evidence of Sarsour’s vile Judeophobia.  Gillibrand also withdrew her sponsorship of an anti-BDS bill despite wide bipartisan support for the bill.

Then there’s the troubling case of Sen. Patty Murray (D-Wash). President Donald Trump had nominated Kenneth Marcus, president and founder of the Louis D. Brandeis Center for Human Rights Under Law, to serve as assistant secretary of education for civil rights at the Department of Education. Marcus had a distinguished career and a stellar reputation. Yet Democrats, egged on by BDS activists and radical leftists delayed his confirmation process. During an exchange between a Marcus supporter and a senior aide to Murray, the staffer reportedly said “We do not care about anti-Semitism in this office.” Murry’s communication director later said that the quote was inaccurate but the denial is highly suspect.

There is no doubt that Sen. Bernie Sanders (I-VT) has a lot to do with the Democratic Party’s tectonic shift to the Left, its increasing anti-Israel shrill and concomitant Judeophobia. The uninformed Sanders had once absurdly claimed that Israel killed 10,000 Palestinians in Gaza during the IDF’s 2014 Operation Protective Edge (the actual figure is about 1/5 that amount and at least half were terrorists). Recently, he hinted his support for the so-called Palestinian “right of return,” a euphemism for the flooding of Israel with millions of hostile Arabs and the destruction of Israel.

Prominent Democrats, including Haim Saban and Alan Dershowitz have been sounding the alarm bells about the Democratic Party’s leftward drift. During elections for DNC chairmanship, Saban did not mince words and warned that if the DNC chose Rep. Keith Ellison (D-MN), it would be “a disaster for relations with the Jewish community and the Democratic Party.” Saban correctly termed the Farrakhan-tied Ellison an anti-Semite.

While the Democratic Party is not quite as toxic as Jeremy Corbyn’s Labour Party, there are worrying signs that it’s headed down the same anti-Semitic path. If that occurs, Democrats should expect to lose a significant part of their base. 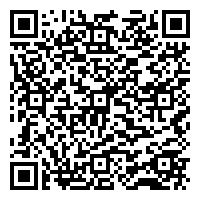