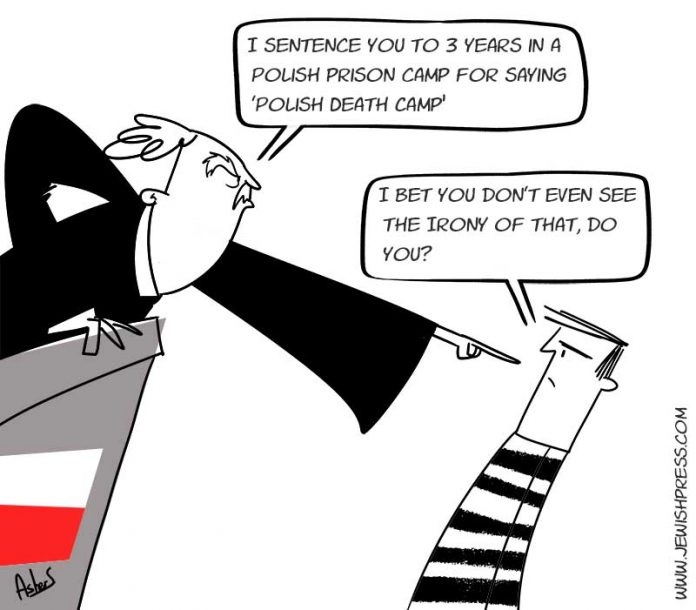 Poland is awash in anti-Semitism, and it is the government in Warsaw that is setting the hateful tone amid the worst breakdown in Polish-Jewish relations since the fall of Communism more than 30 years ago.

I take no pleasure in making that observation, which has been a long time in coming. It is the inevitable consequence of the decision of the Polish parliament, which is dominated by the ruling Law and Justice (PiS) Party and its ultra-nationalist allies, to pass a law earlier this month effectively closing off the restitution claims of Holocaust victims and their immediate descendants.


It is ironic that a party named “Law and Justice” should be so wedded to outright theft and discrimination, but that is the present-day reality in Poland. Three years after instituting a law that encourages civil prosecutions against historians who “falsely” claim that some Poles collaborated with the occupying Nazis in hunting down and slaughtering Jews – as thousands of them verifiably did – the PiS government is once more adjusting its official narrative of the Holocaust in Poland, from where 3 million of the 6 million Jewish victims of the Nazis originated. (Here, incidentally, is as good a place as any to stress that these were Jewish victims; women, men and children exterminated solely because they were Jews, and not because they were “Polish citizens of Jewish origin,” a phrase some unscrupulous nationalist politicians have been deploying in order to depict the Holocaust as ultimately a Polish tragedy, and not a Jewish one.)

The underlying purpose of the new law is to assert, against the historical record, that neither Poland nor the Poles themselves bear any responsibility whatsoever for the fate of the Jews, who are hypocritically remembered by the same nationalists as “our compatriots,” as though the brutal history of Polish anti-Semitism that long predated the German occupation never happened. Murdered Jews? Blame Germany alone. Synagogues burned to a cinder? Blame Germany alone. Stolen Jewish property? Blame Germany alone.

In getting that message across, senior Polish leaders from Prime Minister Mateusz Marowiecki downwards have played an extraordinarily dishonest game. For all its anti-Communist fervor, the PiS government finds it inconvenient to recognize that what is at issue here is not the German occupation, but the fact that the post-war Soviet-backed regime engaged in a second round of theft by nationalizing the property of the Jews murdered by the Nazis. According to an Israeli government-appointed experts commission in 2007, heirless property taken over by the Communists in Poland had a combined value of about $30 billion, encompassing more than 1 million individual properties.

The rhetoric that has accompanied Poland’s abandonment of its obligations under the 2009 Terezin Declaration – which commits Warsaw and 46 other governments in moral terms to Holocaust property restitution – has been soaked in anti-Semitic tropes. We received an early taste of what this venom involved last year, when the Trump administration’s ambassador to Poland, Georgette Mosbacher (who is not Jewish), was subjected to vile anti-Semitic and sexist abuse after she urged the Marowiecki government to respect the Terezin Declaration. Over the last fortnight, Marowiecki has deliberately played to the popular notion that Holocaust survivors are driven by typically “Jewish” financial greed. “Poland will certainly not pay for German crimes: Neither zloty, nor euro, nor dollar,” the prime minister vowed, shortly before his deputy foreign minister, Marcin Przydacz, appeared on live TV to assure Poles that the military protection afforded them by the U.S. in the face of the Russian threat was not at risk, despite the presence of a “large and Influential” Jewish community in America.

In a separate interview, another PiS functionary – Ryszard Legutko, an archconservative Catholic academic and member of the European Parliament – helpfully elaborated on Marowiecki’s outburst. “It is definitely about money, that is obvious,” Legutko told the news outlet wPolityce. “For the property of Polish citizens of Jewish origin” — there’s that phrase —”who died in the Holocaust, for the seizure of this property, compensation for that property, but also for venting these anti-Polish phobias, which are very strong in some Jewish communities.”

This anti-Semitic poison is already manifesting itself on the streets, in a country where just 8,000 Jews still live, but which has readily used its rich Jewish heritage to enhance its international reputation. Last Thursday, supporters of the far-right, anti-Semitic All-Polish Youth (MW) dumped a pile of bricks outside the Israeli Embassy in Warsaw together with a hand-written sign that read, “Here is your property.” On its Facebook page, the MW gave this explanation of its rapier wit: “Just to be clear — they do not deserve anything, not even a brick. But we decided to present all the claims they could pursue by dumping a ton of rubble at the Israeli embassy. We slightly exceeded the value of what was left after the war…Here is your property!”

In substantive terms, there is no daylight between the position on Jewish property of the MW, a neo-fascist organization, and the PiS government, whose representatives are still greeted respectfully in Brussels, Washington, D.C., and other capitals. One is simply ruder and more provocative than the other. Both deserve the same contemptuous response from Israel and from the Jewish world.

Gratifyingly, neither Israel nor the Jewish advocacy organizations are taking these Polish insults lying down, while the U.S. government has also made its displeasure with the legislation crystal clear. Israeli Foreign Minister Yair Lapid, who has clashed with Warsaw in the past over its Holocaust revisionism, slammed the Polish parliament’s decision as a “horrific injustice and disgrace that harms the rights of Holocaust survivors, their heirs, and members of the Jewish communities that existed in Poland for hundreds of years.” Recently, outgoing Israeli President Reuven Rivlin, who contrastingly was a good friend to the Polish government both personally and politically, told his Polish counterpart Andrzej Duda in a letter, “I have decided to appeal to you that your esteemed government consider the consequences of such legislation (my emphasis).” Ronald Lauder – the president of the World Jewish Congress, who has faced some criticism in the past for approaching the Polish government with kid gloves – regretfully stated his conclusion “that the time has come for the international Jewish community to reevaluate our relationship with a government that is behaving with unimaginable callousness and is emulating the worst traditions in Polish history, rather than the best and most uplifting ones.”

Negotiating with the Polish government has proven to be as frustrating as negotiating with the Palestinian Authority (PA): Whatever short-term understandings might occasionally be achieved, real progress is always held back by deeply held ideological and historical grievances that are bolstered in turn by popular anti-Semitic beliefs. Yet the day-to-day security issues that necessitate a relationship with the PA do not exist in the Polish case. Sure, many supporters of the Polish government like to argue that were it not for Warsaw’s presence in the EU, Brussels would treat Israel even more shabbily, but that claim is a conceit and nothing more. As the recent conflict between Hamas and Israel demonstrated, governments and political leaders in Germany, Austria, the U.K. and other European nations did not require the intervention of the Polish government to express their understanding for Israel’s predicament with an empathy that would have been hard to imagine 20 years ago.

The passage of the restitution law therefore necessitates at least a temporary break in ties between the current Polish government and the State of Israel and Jewish groups worldwide. Poland has delivered yet another hurtful wound to the Jewish people; we should not dignify its authors by treating them as honest interlocutors, and certainly not as partners in the ongoing commemoration of the Holocaust. 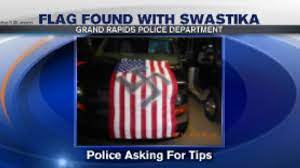 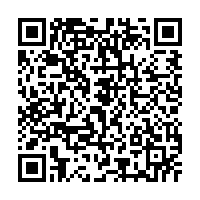