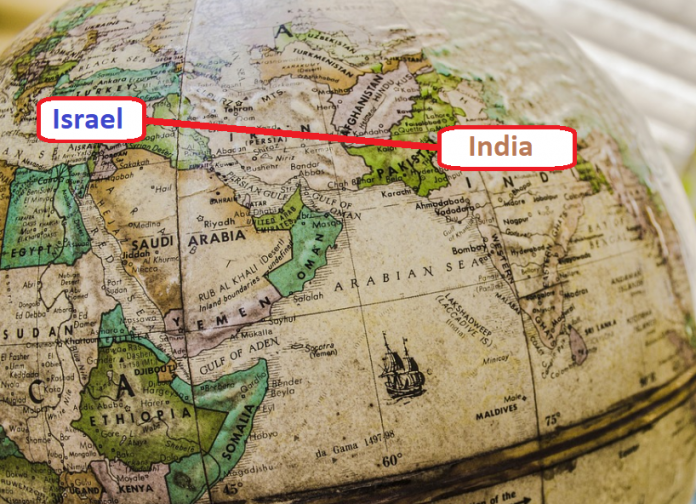 Media reports indicate Islamabad is busy canvassing across the diplomatic chessboard to strengthen the present Taliban regime in Kabul . Its argument goes that the Islamic State of the Khorasan Province (called the ISIS-K) has been behind the recent terror attacks in Afghanistan. The Taliban regime must be made able to repulse these  attacks and focus on constructive socio-economic programmes in the country  .

Observers warn against diplomatically strengthening the Taliban regime. They say the differences between the Taliban and the ISIS-K are more apparent than real . The Taliban is  an ethnic-nationalistic entity seeking to establish an Afghan state ruled by Sunni Islamic law.  The ISIS-K is the Afghan variant of the ISIS which seeks to  establish a Caliphate encompassing the entire Sunni ummah (community). The  ISIS-K just wants the  Taliban regime to remain committed to its core Islamist values and not commit any act of  “ apostasy.”


Both the  Taliban and the ISIS have been very close  al Qaeda. During its previous rule in Afghanistan, the Taliban treated the al Qaeda with a lot of reverence . The ISIS  originated as Jama’at al-Tawhid wal-Jihad in 1999. It came to be formed after some former al-Qaeda-linked Pakistani Islamist terrorist groups, Tehrik-e-Taliban Pakistan (TTP)   commanders and breakaway factions from the Lashkar -e- Toiba (LeT) pledged their allegiance to its then caliph Abu Bakr al-Baghdadi .

The scenario demands that New Delhi focus  on containing the threat  the Taliban regime in Kabul poses to India  . Back in power in Kabul , it  is likely to encourage its like- minded terrorist outfits to work from Afghanistan and fuel their ongoing terror activities against India, mainly Kashmir.

It is good that New Delhi will be hosting the national security advisor-level talks on November 10. The meeting is  likely to be attended by Russia,  Iran, Uzbekistan, Tajikistan, Turkmenistan, Kazakhstan and Kyrgyzstan . All these nations are facing a common existential threat from the current Taliban regime in Afghanistan. New Delhi must engage them to counter this threat .

New Delhi must , however , focus on taking appropriate non-diplomatic measures of its own to checkmate the Taliban. Islamabad has always sought to convert Afghanistan into its protectorate. Today it has elements close to it in positions of authority in the Taliban government. It has its acolyte Sirajuddin Haqqani  a Minister in the Interim Afghan Government. Islamabad has given the Taliban regime intelligence and technical support. Given its pattern of behaviour, Islamabad is likely to use all this to help the terrorists  based in the Afghan soil to carry out terror attacks against India.

The observers suggest New Delhi must exercise its right to self-defence and authorise its intelligence and security agencies to take whatever steps are required to foil Islamabad’s designs against India .  India’s intelligence and security agencies need to conduct smart surgical strikes against the Taliban’s command and control structures based in Quetta ( Pakistan ). They need to nab all key Islamabad-sheltered terror minds , including Hafiz Saeed of Lashkar-e-Taiba (LeT),  Maulana Masood Azhar of Jaish-e-Mohammed, Dawood Ibrahim and others hiding in Pakistan.  These gangsters have targeted India from time to time. Despite India’s strike on India-specific terror camps in Balakot (Pakistan) , these gangsters have managed to survive and carry on their anti-India activities .

It would be naïve to expect that Islamabad would ever conduct any effective investigations and prosecutions against these terror-gang leaders.  The radical Islamist forces have a massive clout in Pakistan . They are closely linked with the al Qaeda, the ISIS and the Taliban . A  number of Pakistani Islamist terrorist organizations, such as Harkat al Jihad-e-Islami, Harkat al Mujahedeen, Lashkar-e-Jhangvi (LeJ), Jaish-e-Mohammad, Lashkar-e-Taiba and Tehreek-e-Taliban Pakistan have worked under al-Qaeda’s tutelage . The ISIS has had followers, sympathizers and linked militant groups in Pakistan.

The  all- powerful Pakistan Army  has been a consistent supporter of the al Qaeda and the Taliban. After the United States and allies declared war against al Qaeda in  2001, former  Director-General of Pakistan’s Inter-Service Intelligence (2004–2008) Brigadier Ijaz Shah was believed to have kept the terror gang’s chief Osama bin Laden in an Intelligence Bureau safe house in Abbottabad. The Pakistan Army supported and armed the Taliban during the period from the latter’s fall in 2001 to its return to power in Kabul in August this year.

New Delhi would do well not to expect much from the international community in its war on terror .  The United Nations has hardly been serious about containing terror . The India-proposed resolution on a Comprehensive Convention on International  Terrorism (CCIT) has long been pending before it .  The UN has not taken any decision so far even to define ‘terrorism’ and its promoters.

The world’s major powers have continued to gloss over India-specific terror groups . The Paris-based Financial Action Task Force has so far done little to punish Pakistan which has been a key source of India-specific terrorism . It still keeps Islamabad on its ‘grey list.’

{Reposted from The Organiser}