Sometimes Party Politics asks too much. This is one of those times. In just eight months – in August 2005 – homosexual groups from all over the world plan to assemble in Jerusalem for a 10-day extravaganza that will feature a parade, a film festival, and massive publicity in the Israeli newspapers and on Israeli radio and television.

This gathering, called WorldPride 2005, is part of a well-coordinated effort to legitimize perversion and depravity in the eyes of Jews in Israel and people all over the world. The city of Jerusalem has been purposely chosen for maximum impact precisely because it is revered as a holy place by all.


According to the official press release, “WorldPride is a unique event … to bring change where its most needed, to carry a special message … to have a global impact.”

Mayor Lupolianski, you bear a very heavy responsibility for this planned massive desecration of the holiness of Jerusalem. While electioneering for the office of mayor of Jerusalem in the weeks preceding the 2003 Jerusalem gay rights parade, you made statements celebrating ‘diversity’ when the gay issue was raised. (You did issue a belated statement criticizing the parade – only when you were pressured to so by Rabbi Eliashiv, shlita.)

You were responsible for issuing official permits in 2003 and 2004 to the Jerusalem Open House organization to conduct its gay parades and put up its flags in the streets of Jerusalem.

Mayor Lupolianski, I know you were elected to your position by a slim majority that included many secular Likud people, and you probably feel you have to reach out to accommodate them as much as possible. But there is a limit to what can and what cannot be tolerated. You cannot be a complete sycophant.

Your “tolerant” behavior only emboldened the homosexuals, and now radical activists from all over the world are preparing to come to Jerusalem in massive numbers to publicly desecrate the city with their abominations.

Mr. Mayor, you know that during Chanukah we honor the brave Maccabees and their father Matisyahu, who was the kohen gadol in the bais hamikdosh in Jerusalem.

What did the Maccabees do that was so important that all Jews have been required to honor them, year after year, for thousands of years?

The answer is this: They rescued the Jewish people from a fate worse than death. They saved the Jews from complete cultural destruction.

The Syrian Greek empire under Antiochus, which ruled the Land of Israel in that time, demanded nothing less than the complete abandonment of Hashem and His Torah. They insisted that the Jewish nation adopt the Greek civilization as its own or face wholesale genocide.

Although the ancient Greeks had much to offer – mathematics, physics, literature, art, theater – they were a decadent people. Morality was a strange concept to them. They worshiped only physical strength and beauty, especially the perfection of the human body. Homosexuality was practiced openly and without shame.

The Jewish people suffered mightily from the high taxes imposed by Antiochus, but they never would have revolted against him for that reason. What triggered the revolt in the small town of Modi’in was the attempt of the local Greek officer to force the townspeople to participate in the public worship of the Greek idol.

When a local townsman stepped forward to bring a pig sacrifice to the idol, Matisyahu stepped forward, drew his sword, and killed both the townsman and the Greek officer. Thus began the successful revolt of the small band of brave Maccabees against their mighty Syrian/Greek overlords.

Mayor Lupolianski, the Hellenizers are returning to Jerusalem – on your watch! You have a very important decision to make: Are you with us or against us? Whose side are you on – the Maccabees or the Hellenizers? 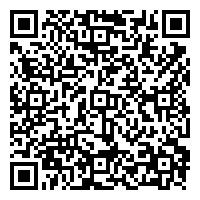