Do we need Holocaust Remembrance Day?

Since some may be incredulous that I even asked that question, let me first explain why I am doing so.


A scandal has erupted in Ireland regarding whether or not Israel can be mentioned at the forthcoming official Holocaust commemoration on Sunday, Jan. 25. (The official international remembrance day follows two days later.)

It was Yanky Fachler, the avuncular Irish-Jewish broadcaster who has been master of ceremonies of the event for several years now, who alerted the outside world to this development when he released a letter from Peter Cassells, the chair of Holocaust Educational Trust Ireland (HETI), informing him that he could not say the words “Israel” or “Jewish state” in any of his remarks.

After a subsequent tussle with HETI, Fachler was informed that his services as MC would no longer be needed. At the same time, Jewish leaders around the world, along with leading Irish personalities like Alan Shatter, a Jew who until recently served as minister of justice, condemned the decision on uttering the word “Israel” in no uncertain terms.

Ironically, at this year’s ceremony in Dublin, Shatter underlined the centrality of Israel to our understanding of the legacy of the Holocaust when he said, “Holocaust denial is the favorite sport of some, in particular in Europe, and in the Middle East. It is the first cousin of those who still see Jews, for no reason other than they are Jewish, as legitimate targets for hate speech and random violence and of extremists who would, if they could, bring about a second Holocaust by the extermination of the six million Jews who today are citizens of the state of Israel.”

In other words, to prevent another Holocaust, Jews need to be able to defend themselves from outside persecutors, and to do that properly, they need a state.

For what it’s worth, HETI has since clarified that there “is no ban on mentioning Israel at the Holocaust Memorial Day commemoration in Ireland. Israel will be referred to and the Israeli ambassador has attended and participated in the ceremony since its inception in 2003 and will do so again in January 2015.”

But there was no apology for the initial decision, and more important, no explanation as to how it was reached. When I recently spoke to Yanky Fachler, he told me that while it was unlikely HETI would reinstate him as the commemoration day’s MC, he wouldn’t want the role anyway, given the lack of answers from the organization over why it deemed the mentioning of Israel to be, as the Germans might say, verboten.

I don’t know whether HETI will ever provide us with an unvarnished account as to how it arrived at, and then apparently revised, its ban on the mentioning of Israel. I’ve tried to get answers from Peter Cassells, but his office has remained silent.

What I do know is that the controversy in Ireland neatly captures the tension between those who want to emphasize the universal lessons of the Holocaust and those who place the accent on what the extermination of six million of our people means for future generations of Jews.

That tension shouldn’t really be there. There is no reason why we cannot first mourn those Jews who died solely because they were Jews and salute those who resisted the Nazi menace even as they suffered from hunger and cold, while at the same time pointing to the Jewish experience during World War II as a moral lesson against both future genocides and those that have occurred since the Nazi defeat in 1945 (in Rwanda, Bosnia, the Kurdish region of Iraq, and too many other locations). 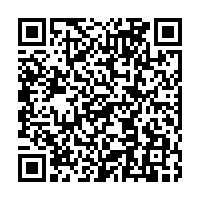