As the coronavirus continues to dominate headlines, many analysts have concluded that China has taken advantage of the pandemic in order to seize geopolitical gain, from their fiery rhetoric aimed at the US to their suppression of the people of Hong Kong to their aggression in the South China Sea.  Already, China is taking advantage of the pandemic to increase its sphere of influence in Pakistan, Bangladesh, Sri Lanka and Nepal.  The Chinese have also given coronavirus aid to other countries in the hopes of reaping political rewards in the future.

The consequences of China’s coronavirus aggression are devastating.  A Chinese company was recently sanctioned by the US for cooperating with Iran’s Mahen Airlines, which provides support to Iran’s Revolutionary Guards.  Recently, at least 20 Indian soldiers were killed during a border skirmish with China.  Shipan Kumer Basu, who heads the World Hindu Struggle Committee, proclaimed, “The objective of China is to create a rift in the Indian subcontinent to divert the tension away from blaming China for the coronavirus and other issues.”  China very much understandingly wants the headlines to move beyond the coronavirus pandemic.


In a panel hosted by Shurat HaDin online, Senator Marsha Blackburn (Tennessee) stressed, “The Chinese Communist Party destroyed early coronavirus testing samples.  They silenced the doctors and expelled the journalists who refused to print party propaganda.    Their reactions allowed a localized outbreak in Wuhan, China to turn into a global pandemic that has affected us all.”  The Honorable John Bolton, former Permanent Representative to the UN, concurred: “While the precise origins of the pandemic are still unknown, there is no doubt from the beginning that the government of China has conducted a concealment and cover-up campaign of what happened.  They are not being transparent to this day about the extent of the virus’s impact in China, the steps that they took and many, many other things.   It is accompanied by a world-wide propaganda campaign, attempting to blame other countries, especially the US for the disease.  This conduct by the government of China is extraordinarily disturbing.”

Gordon Chang, attorney of law, added: “We know that China hid the fact that the novel coronavirus was human-to-human transmittable.   Beijing only admitted this on January 20 but doctors in Wuhan knew about this during the second week of December at the latest and Beijing knew about it a few days after that.  If China had said nothing during that five-and-a-half-week period, that would have been grossly irresponsible.   But it is worse than that for China tried to convince the rest of the world that it was not human to human transmissible.   They gave assurances to the World Health Organization that it was not human to human transmittable and because of that, the WHO issued its infamous January 14 tweet.  We know that China also pressured other countries not to impose travel restrictions or quarantines on arrivals from China.  And it was those arrivals who took what should have been an epidemic contained to China into a global pandemic.   China, by downplaying the severity, which they did in a number of ways, affected the American response.”

In fact, China’s conduct related to the coronavirus was so disturbing that Nitsana Darshan-Leitner, who heads Shurat HaDin, held an entire online discussion on the possibility of taking legal action against China: “The COVID-19 crisis has been responsible for hundreds of thousands of deaths worldwide and has caused massive economic devastation.  It has impacted the lives of us all,”  As a result, there are lawsuits ongoing in the US against China due to the coronavirus crisis and Senator Blackburn introduced the Stop COVID Act merely to hold China accountable for the coronavirus pandemic.   This legislation if passed will strip China of its sovereign immunity.  Given this reality, China very much wants to deflect attention away from all of this.

“However, China’s aggression towards India that seeks to divert the attention away from China’s culpability for the coronavirus is not going to pan out well for them,” Basu declared.  “Fleets from Australia and America are already approaching the North China Sea.   Netanyahu declared that India is his second home during his last visit to the country.  Japan is also supporting India.  Even Russia is not supporting China openly.  So internationally, it is going to be a mess for China.”

Historically, the border dispute between India and China stretches back to 1914, when representatives from Great Britain, Tibet and China met in Simla and determined the borders of British India.  There, Great Britain and Tibet signed a treaty that would create what is known today as the McMahon Line.   India, as the successor state of British India, accepts this line as its border.   However, China does not, for they do not recognize that the Tibetans had the right to make autonomous decisions.

Nevertheless, prior to the 1950 Chinese invasion, Tibet was not ruled by China.  In 1912, the Dalai Lama issued a statement asserting their own independence.  At that time, they had their own currency, passports, national flag, and army.  They signed international agreements and had diplomatic relations with neighboring countries.  To this day, under international law, Tibet is a nation under illegal occupation.   Given this history, India has the historic right to insist that China recognize the McMahon Line as India’s border, as China does not have the legitimacy to negate the decisions that were made by the Tibetan government.  Anything short of that is an act of aggression on China’s part.  The time has come for the world to tell China that we have had enough.   It is time for the world to confront China about its aggressive behavior and gross negligence, which has caused great humanitarian suffering across the globe. 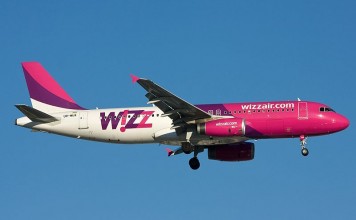