As the debate concerning the merits of the Obama Iran deal becomes ever more animated, may I suggest that we consider the moral basis upon which the Iranian negotiators predicated their every statement

When I was a child attending the New York City public school system in an America that believed in the theory of the “melting pot,” I recall reading a book about a genteel, well mannered, white Anglo-Saxon Protestant family living in a white frame house surrounded by a beautiful garden edged with a white picket fence. The family consisted of mother, father, a daughter and son and a dog named Tag. Father was always dressed in a suit and mother in a blouse and flair skirt replete with apron. Grace was said prior to every meal the family ate together at a well set dining room table.


I, as all of my classmates, wondered who these people were as we knew no one like that. My world consisted of apartment houses and concrete, sorry, there was a tree that grew in Brooklyn, and loud noisy families of Italian and Jewish extraction living in very confined apartments. There were no dining rooms. We ate in the kitchen. In fact there was a time when I ate on the ironing board which was lowered from a cabinet. It was cold in the winter and very hot in the summer in that confined space. My father couldn’t wait to remove his suit when he returned home from work each day.

I was being brainwashed and never knew it. For those mythical characters in that text of my youth where the symbols of the world and the life I was to aspire to as an ethnic, a Jew, being brought up in the United States. School included daily injections from the Scriptures both Old and New, celebratory arts and crafts for St. Valentine’s Day, Thanksgiving, Christmas, and that now infamous American institution condemned for its cruelty to the wondrous ponderous pachyderm and others of G d’s creation including physically challenged human beings on exhibit in the side show – the circus. Emphasis was placed upon square dancing – a subject in which I did not excel. My do-si-do and allemande left needed a great deal of work. A veritable treasure trove of Presbyterian and Methodist hymns solemnly taught to me in P.S. 247, is firmly etched in my memory.

Yes, I am dating myself. For today our enlightened society has embraced a new concept, one that is believed to enrich the very fiber of the American soul – multi-culturalism. America is no longer viewed as a “melting pot” from which we all emerge reborn in the image of a W.A.S.P., but rather a “tossed salad” made all the better by the hues, tastes and aromas of a mixture of cultures and traditions from across the globe. Tragically, this in no way has intensified the desire on the part of society as a whole to fully understand this myriad of cultures that are to have a positive effect upon the very soul of our society. This is particularly evident when it comes to the beliefs of 1.8 billion human beings who are adherents of one of the largest religious denomination on this planet – Islam.

It is commonly assumed, without any analysis or understanding, that as its sister Abrahamic Faiths, Judaism and Christianity, Islam holds sacred the very bedrock upon which our society rests, the Judeo-Christian ethic, our American shared values of morality and decency. This supposition was dramatically demonstrated recently on the Bill Maher show, when Ben Affleck became quite agitated because both Bill and another guest made negative remarks about the moral values of Islam. This prompted Affleck to invoke the dreaded word Islamophobia to describe their critiques of Islam. Was he correct?

Unlike Judaism and Christianity which share an unambiguous commitment to honesty, as the saying goes, “honesty is the best policy,” something we all are taught as a fundamental human value, Islam has a concept of Tiqiyya – saying something that isn’t true in certain circumstances based primarily upon a verse in the Koran, 3:28 prohibits Muslims to befriend non-Muslims over Muslims unless it is needed to protect themselves which includes the promulgation of Islam. “Let not the believer take the disbelievers for friends rather than believers. And whoever does this has no connection with Allah except that you guard yourselves against them guarding carefully. And Allah cautions you against his retribution. And to Allah is the eventual coming.”

Regarding 3:28, Ibn Kathir, a prominent Muslim authority writes, “… except those believers who in some areas or times fear for their safety from the disbelievers. In this case, such believers are allowed to show friendship to the disbelievers outwardly, but never inwardly.” He quotes Muhammad’s companion, Abu Ad-Darda, who said “we smile in the face of some people although our hearts curse them,” and Al-Hasan who said “the Tiqiyya is acceptable till the Day of Resurrection.”

An example of the use of Tiqiyya was when Muhammad used deception to deceive his enemies into letting down their guard and exposing themselves to being slaughtered by pretending to seek peace. This happened in the case of Usayr ibn Zarim, a surviving leader of the Banu Nadir, a Jewish tribe, which had been forced from their home in Medina by the Muslims. At that time, Usayr ibn Zarim was attempting to gather volunteers for an army to confront the Muslims from a tribe allied with the Quraish (the residents of Mecca against whom Muhammad had already declared war). Muhammad’s representatives went to ibn Zarim and persuaded him to leave the safety of his fellow Jews to meet with the prophet of Islam in Medina to discuss peace. Ibn Zarim and his thirty companions were massacred by the Muslims, as they were given a guarantee of safe passage and therefore were unarmed.

In our own age, of significant importance to the United States and particularly our Commander in Chief who advocates cooperation with Islamic countries in combating zealous Muslims like ISIS, is Yasser Arafat’s use of Tiqiyya when he, soon after negotiating a peace treaty with Israel for which he was criticized for giving up too much to Israel, spoke in Arabic at a mosque in Johannesburg justifying his actions. “I see this agreement as being no more than the agreement signed between our Prophet Muhammad and the Quraish in Mecca.” The Muslims lived side-by-side with the pagan Quraish in Mecca when they were small in number. After moving to Medina and gaining numbers Muhammad then went to battle with the Quraish. Essentially, Arafat stated he had made peace with Israel until the Palestinians could gain the military strength necessary to continue on their mission to annihilate the State of Israel and its population.

Know thy enemy, is essential in battle. Understanding the core values of various traditions is essential to the development of a multi-cultural society which is predicated upon the moral values of the Judeo-Christian ethic.

A Light Unto the Nations–and Vaccines 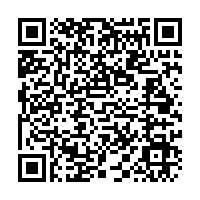