My rav, Rabbi Binyamin Marwick, gave an inspiring talk on Yom Kippur at our shul, Cong. Shomrei Emunah in Baltimore. “Three mountain climbers,” he said, “died on a daunting 14,000-foot mountain in Colorado called Capital Peak. They were experienced climbers, young, fit, and knowledgeable. And they didn’t die while climbing up the mountain. They died on the way down.

“The local sheriff said their mistake was a common one: focusing exclusively on reaching the top. On the way down, they relaxed, were less careful, and fell to their deaths.”


“In life, as in climbing,” my rav continued, “we often make the same mistake. We pour all our energy into reaching the top, striving for success. We put tremendous energy into Rosh Hashanah and Yom Kippur, and we forget that life for the most part isn’t lived on heights and peaks but in ordinary plains and plateaus and sometimes in dark and narrow valleys. There too we need to tread gently.”

With the heights of Tishrei behind us, we now commence our descent into everyday life. What can we do to continue improving during the year and not lapse into old habits?

1) Start small. In Alei Shur (vol. 2, pp. 189-190), Rav Shlomo Wolbe writes that he flew to Egypt after the Yom Kippur War to give chizuk to IDF soldiers stationed there. When the plane entered Egyptian air space, he said, it started flying very low, just a few meters above the ground. The pilot explained the plane was flying under the radar so it wouldn’t be detected.

Rav Wolbe said we can fly undetected in the spiritual realm as well. When doing teshuvah, we can minimize interference from the yetzer hara by making small resolutions and taking small steps.

2) Don’t despair if noticeable change doesn’t come rapidly. “Teshu’as Hashem k’heref ayin” is usually understood to mean Hashem’s salvation can come as quickly as an eye blinks, but Rabbi Dovid Goldwasser suggests another interpretation. Our eyes are constantly blinking, but no one really notices. Spiritually, the same can be true, he said. Subtle spiritual changes may be occurring in a person without him really noticing. So don’t lose hope. Change is often gradual and incremental.

3) Realize that a particular bad trait may be more ingrained than you think. In Celebrating Life, Rabbi Jonathan Sacks discusses a certain speech therapist who helped stammering children:

“Working with the parents, she had to find a way of making them realize the difficulty a child faced in breaking a habit. To do this, she made them undergo an experiment. First she told the parents to visualize and describe the object that was most precious to them…. Then she told them to imagine that they had just lost that object and to describe their feelings.… Then she said, ‘Now you know what your child will feel like if it loses its stammer.’”

The parents didn’t realize their child’s “defect had become part of their personalities,” which made changing “painful…even though they knew that it would be better for them if they did.” We must keep this fact in mind – that eradicating a bad habit may be harder than we think since it may have become part of how we identify ourselves.

4) You have to feel you’re worthy. Rav Tzadok HaKohen notes that a person has to believe in himself in order to trust that Hashem will accept his teshuvah and that he can change.

Rav Eliyahu Kitov, in his Sefer HaParshiyos, asks why Moshe begged Hashem for forgiveness on behalf of Bnei Yisrael after the sin of the Golden Calf but Adam didn’t ask for forgiveness for himself after eating from the Tree of Knowledge. He answers that Adam no longer felt worthy; he didn’t feel he could change. And so he lost the opportunity to gain forgiveness and restore everlasting life to the world.

5) Choose your battles carefully. In Kunteris HaBechira Rav Eliyahu Dessler compares a person’s choices to those of an army on a battlefield. Some targets are way behind enemy lines and cannot be attacked or conquered. One must, therefore, carefully choose targets at the battlefront and gradually move forward. If you work on something unattainable, you will wind up banging your head against a wall and not accomplish anything.

6) Write it down. The best way to keep track of how you’re doing is to do a cheshbon hanefesh, daily if possible, and write down the progress you’ve made, what you are working on, what has to be changed, etc. Rav Moshe Chaim Luzzato, in Mesillas Yesharim, emphasizes the need for making these accountings and determining where you need improvement.

Entering the post-Tishrei world committed to continued teshuvah and improvement is not simple. But by utilizing some of the suggestions above, we can perhaps greet Rosh Hashanah next year on a higher level. 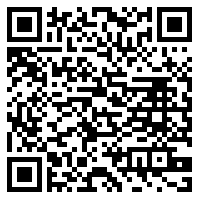