Following a solemn remembrance of Israel’s fallen on Wednesday as part of Memorial Day commemorations, Israelis kicked off celebration of its milestone 70th-anniversary on Wednesday night in Independence Day festivities at Mount Herzl in Jerusalem.


The ceremony, which was the biggest and most expensive ever for the Jewish state, featured more than 1,500 participants, including 150 musicians, 400 choir singers, 350 dangers and hundreds of flag-bearers. Some 6,500 Israelis and guests turned out for the torch-lighting ceremony, also the largest to date.

“Only we, out of all ancient nations exiled from their lands, have refused to disappear. We have refused to assimilate and have remained loyal to Zion, in which we have flourished anew with a strong trunk and blossoming branches,” said Netanyahu. “Today, too, there are those who seek to extinguish the light that emanates from Zion. I promise you; it will not happen.”

Additionally, 12 people who were deemed to have made significant contributions to the State of Israel lit 12 torches to symbolize the 12 tribes of Israel.

Those who lit torches included Noam Gershony, a wounded IDF veteran and Paralympian; Sheikh Mowafaq Tarif, spiritual leader of the Israeli Druze community; Margalit Zinati, whose family has been preserving Jewish presence in the Galilee for nearly 2,000 years; and Ruth Kahanov, Israel’s ambassador to Japan.

Meanwhile, U.S. President Donald Trump took to Twitter to wish Israel a “Happy Independence Day,” adding that he looks forward to the opening of the U.S. embassy in Jerusalem in May.

“Best wishes to Prime Minister@Netanyahu and all of the people of Israel on the 70th Anniversary of your Great Independence,” Trump tweeted. “We have no better friends anywhere. Looking forward to moving our Embassy to Jerusalem next month!” 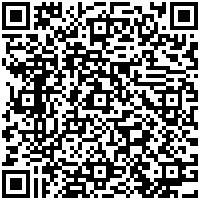