Several months ago, I had the zechus to serve as the dinner chairman of the National Council of Young Israel gala at the Marriot Marquis in Manhattan. The dinner – which celebrated the unique bond between the United States, the Jewish people, and Israel – featured a program that highlighted Jewish veterans who fought in World War II.

In the days following the dinner, the National Council and I were unexpectedly attacked for putting together a “Trump rally,” leading to criticism of the NCYI leadership for allegedly hijacking the organization and turning it into the political arm of the Republican Party.

Nothing could be further from the truth.

I and those who were involved in the dinner were simply reflecting the reality we live in. The fact is that it is the Republican Party, led by President Trump, which stands against anti-Semitism here in the United States. This administration and Republican Party have been unequivocally supportive of Israel without, declaring that any resolution to the conflict in the region must protect Israel’s interests and security.

Some people disagree, and that’s okay – it’s a free country – but that does not change the fact that President Trump is probably the best American president the Jewish people have ever known.

Considering the above, you would think the Jewish community at large would be as appreciative of the president as the NCYI is. Yet, as Jennifer Rubin of the Washington Post pointed out, a recent poll “confirms what those who closely follow the Jewish community and political opinion about Israel have long known, that American Jews remain among the most anti-Trump religious groups,” and “two-thirds of the Jewish electorate remain firmly aligned with the Democratic Party.”

Indeed, the Reform movement policy conference earlier this month was called a “love fest” for the Democratic Party by the JTA. The conference hosted Speaker Pelosi and other members of Democratic Party leadership who “embraced the agenda of the Reform movement, including gun control, immigration reform, abortion rights and dealing with climate change.”

Ron Kampeas of the JTA pointed out that “the alignment between the Reform movement and the Democratic Party has always been so strong.” Why is that? Here’s one answer, provided 30 years ago by my grandfather, the renowned philanthropist, Dr. Irving Moskowitz:

For Jews who were determined to live in the Diaspora, the Zionist movement increasingly became a nuisance. These assimilated Jews were afraid that Gentiles in their countries would wonder if Jews were really loyal citizens, or secretly pined away for the Holy Land. Jews who became anti-Zionists did so as a way of “proving” to their Gentile neighbors that they were truly loyal.

The most egregious example of such behavior was, of course, the creation of the American Council for Judaism, which at the height of the Holocaust devoted its energies to preventing the establishment of a Jewish homeland that could have rescued the Six Million from Hitler; impressing Gentiles was more important to them than saving Jews…. Times have changed, circumstances have changed, but that old diaspora mentality, also known as the ghetto mentality, is alive and well in certain segments of the Jewish world.

In other words, Jews in the Diaspora sadly are susceptible to feeling guilty, and this guilt leads to a desire to assimilate. This ghetto mentality results in an attitude that the interests of the Jewish people as a whole do not transcend the need for assimilation. Let’s face it: In the modern-day American Jewish street, you can never be progressive enough.

As a community, we need to recognize the Democratic Party and its liberal progressive Jewish enablers for who they are. As my grandfather used to say, if it looks like a duck, walks like a duck, and quacks like a duck – it’s a duck. 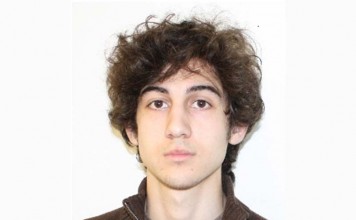 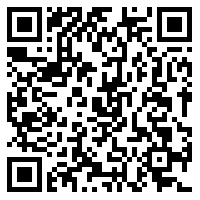