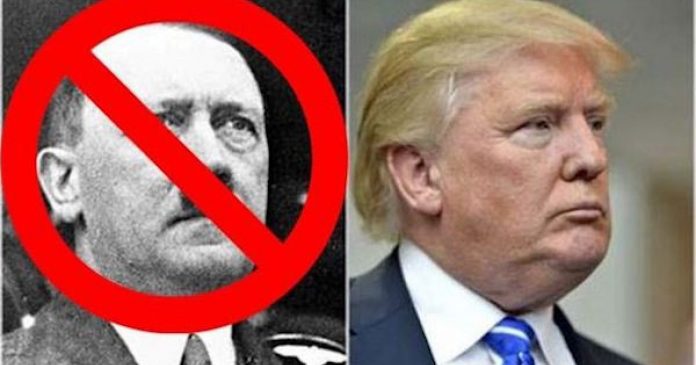 As the global anti-Semitic tsunami intensifies, most Diaspora Jews seem to have lost the plot. In the past, when an external foe emerged, Jews would put aside their differences and unite in the face of those seeking their destruction. Prior to the establishment of the State of Israel, Jews suffered from persecution, pogroms and murders culminating in the Shoah.


Today, despite a powerful Jewish state that can provide a haven to Jews facing persecution, Diaspora Jews are utterly disunited and many of them seem to have lost their bearings. They are laying the foundations for an unprecedented eruption of violent anti-Semitism.

Despite the tragedy of the brutal slaying of 11 Jews in Pittsburgh, American Jewry remains the most peaceful community in the Diaspora. And even today, despite the election of radical anti-Jewish elements – including self-hating Jews – within the Democratic Party, there are still more pro-Israel elements in Congress after the midterm elections.

Those elections took place in an unprecedented atmosphere of political hysteria.

But despite predictions of defeat, it would seem that President Donald Trump was the overall winner.

In virtually all midterm elections, the ruling party experiences losses. The country is divided. The larger cities lean Democrat and mid-America is overwhelmingly pro-Trump. The concept of respect for a president, which has prevailed over most of America’s history since the Civil War, no longer exists. The nation is divided down the middle with most voters being either passionate lovers or zealous haters of Trump – with Jews at the forefront of the hatred.

While the Republicans lost control of the House of Representatives, they lost fewer seats than the Democrats did when losing the House in the 1994 and 2010 midterms. And more importantly, they held, and perhaps widened, their majority in the Senate (where two races remain undecided).

Thus, while Trump will face ongoing tensions domestically, the Democrats will have to be careful not to be seen as extreme and subsequently generate further backlash. And Trump has a virtual free hand in continuing to direct foreign policy. Even more importantly, he will strengthen conservative elements in the higher and lower courts, undoubtedly altering the liberal mentality that has dominated American courts these past generations.

There is one bizarre aspect to this. The clear majority of Jewish Americans continued the tradition of voting Democratic and have emerged as leaders of the anti-Trump brigade. That many Jews with a liberal tradition oppose Trump’s conservative policies and dislike his aggressive tone is not surprising. But what is incomprehensible is the hysterical abuse they shower on the president and that they do so in a Jewish context. The almost lunatic attacks on a president by such a wide section of the Jewish community, including progressive rabbis, Jewish lay organizations like the Anti-Defamation League and Jewish women’s groups, which had until now avoided partisan politics, is utterly unprecedented.

The venom expressed suggests a dybbuk has instilled a collective madness on a major component of the American Jewish community. Jews even demanded that Trump not be present at the mourning ceremony in the Pittsburgh synagogue.

Some Jewish leaders blamed him for the massacre, alleging that his aggressive political style was responsible for the actions of the lone neo-Nazi anti Semite. Never mind the other shooting rampages perpetrated during previous administrations, for which no president was held responsible. Nobody blamed President Barack Obama for the 2016 Orlando nightclub shooting which killed 50 people, nor the other 37 mass shootings during his tenure.

They also alleged that anti-Semitism has escalated since Trump was elected. The media, buttressed by the ADL and other Jewish groups, have repeatedly alleged that today there are massive new waves of white nationalist anti-Semitism. They include in their fake figures internet hoaxes that were not even motivated by Jew-hatred. The facts belie this. Beyond the occasional mad neo-Nazi, the situation has remained constant.

One thing is clear: American Jews do need to employ security services at synagogues, schools and community centers as is the case today in virtually every Diaspora community around the world.

It is noteworthy that the ever-growing influence of anti-Israel and anti-Semitic elements seeking to radicalize the Democratic Party is rarely mentioned by the liberal press or the ADL. In the midterm elections, a number of Democratic candidates hostile to Israel and Jews won seats – some in districts with significant Jewish populations.

Nor have there been serious efforts to restrain burgeoning anti-Semitism from pro-Palestinian and anti-Israel left-wing groups on college campuses.

There were few complaints when Obama treated Israel like a rogue state and related to Israeli self-defense and Palestinian terrorism as morally equivalent. And there are few complaints now, after it was recently revealed that in 2005 Obama met the head of the Nation of Islam, the radical anti-Semite Louis Farrakhan, for a photo op.

The allegations that Trump contributed to the current polarization of society by his aggressive rhetoric may be true but that is more than matched by the hysteria from the Democrats.

This is intensified by the dramatic revolution in social media, which – in contrast to only 20 years ago – reaches a massive audience, including extreme hatemongers. It may well be time to review America’s credo of upholding unlimited freedom of expression. We should assess this in the context of today’s social media which undoubtedly serves as a platform for promoting racism, violence, and above all, anti-Semitism.

By far the most obscene aspect of this mudslinging is the concerted Jewish attempt to portray Trump as tolerating Nazis and being an anti-Semite. This lie has been reproduced so frequently in recent months by progressive rabbis and Jewish lay leaders that it has become embedded in the minds of many Democratic supporters.

But this reflects the madness in the air. Trump has a daughter who converted to Judaism and is religiously observant; he has always had Jewish friends; some of his key executive officers are Jews; and following the tragedy in Pittsburgh, he made a statement condemning anti-Semitism that Prime Minister Benjamin Netanyahu could not have expressed better.

But above all, Trump has proven to be the most pro-Israel president since the state was established. He is the first to have told the Palestinians the truth and reduced funds that were not being used appropriately; he stopped funding UNESCO when that organization admitted Palestine as a full member; he told the Palestinians to forget about their claimed right of return to Israel; he moved the U.S. Embassy to Jerusalem despite enormous pressures; he warned the Palestinians that paying salaries to murderers and aid to their families was unacceptable; he was the first to stand up, virtually alone, to promote Israel’s case to the world.

Now American Jews may hate Trump, but to describe this man as pro-Nazi and an anti-Semite qualifies them collectively as crazy.

What is more alarming is that if this psychotic behavior accusing Trump of Nazi sentiments is not quashed, Middle America, which adores Trump and has supported his Israeli policies with far greater enthusiasm than the Jews, could unleash their frustrations against the “ungrateful” Jews and then the ADL predictions about anti-Semitism would be realized.

We live in troubled times. While Israel has never been as well off as it is today, throughout the Diaspora anti-Semitism is rising dramatically and now many American Jews seem to be acting like lemmings on a suicide march.

The tragedy is that Israel, which formerly served as the vital factor maintaining Jewish identity for those with limited Jewish education, has now drifted almost into irrelevancy for large swathes of American Jewry. Unless a massive effort is invested into overcoming Jewish illiteracy, the future seems bleak.

Those concerned with having Jewish grandchildren should now seriously evaluate making aliyah or at least encouraging their children to do so. 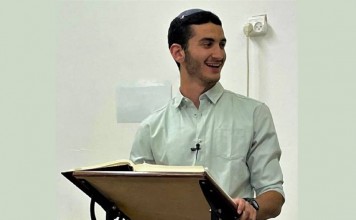 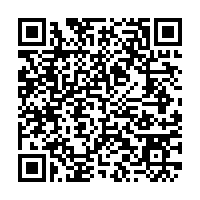