Many Israelis are concerned over the US president’s impending visit. His itinerary is already published, the subjects on the table are known, and people are indeed worried: over the Palestinian consulate, construction in Jerusalem, the Temple Mount, and Sheikh Jarrah. A dark cloud will hang over the visit, which the Palestinians’ desire to extract a win from this visit and the administration’s aspiration to provide one.

We can only hope the visit comes and goes in peace, and that Prime Minister Yair Lapid can charm his sleepy guest and mitigate any potential damage. Either way, the main sentiment regarding the visit is one of immense frustration over the administration in Washington, mainly from the chorus of foolish Israelis who cheered it on while ignoring the magnitude of the wasted historic opportunity we had when Trump was in power.

Netanyahu’s main achievement in terms of the Trump administration shouldn’t actually be judged according to the bottom line, although this would be quite sufficient (and in my opinion not enough). The main success is in the spirit of the matter. However we look at the Biden administration’s positions regarding Israel, the impression is one of identification with a Palestinian narrative that seeks to persuade the world that Israel’s very existence is a “problem.” There are those who support this “problem” and others who have their reservations, but this has been our story since 1948: We’re a “problem.” An established problem, a successful problem, a problem the Americans share many interests with, but a “problem” nonetheless.

Light years apart, meanwhile, the Trump administration’s collaboration with the Netanyahu government evinced a fundamentally different perception of Israel. It approached Israel naturally, as an indisputable fact, not just because of aligned interests but because of complete identification with the Zionist narrative predicated on the natural and historic right of the Jewish people – and the Palestinian opposition to this as a “problem.” Israel is stable and upright, it has problems and those need to be addressed. These are not two versions of the same story. They are two different stories altogether.

Perhaps this situation was caused by Trump’s abrasive and problematic personality. But who the hell cares? Beggars can’t be choosers. Does Israel have the luxury of picking and choosing the source of its salvation? Every Israeli understands this. Then why the cheers and joy over the Democratic victory and open disgust over anything connected to Trump? Because of the game of pretenses, which first and foremost consists of needing to appear universal and approach every dispute in the US as if it is happening here; and second, because of the need to be considered enlightened. This is the powerful engine driving many Israelis and is behind their emotional reaction to the abortion issue there as if it is any of their business. No, friends, it’s not your business. And yes, Trump was a gift. And Biden is the punishment for the sin we committed in denial and falsehood.

{Written by Kobi Arieli reposted from the IsraelHayom site} 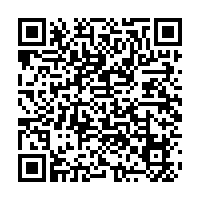