President Donald Trump’s hasty decision to abandon the Syrian Kurds, America’s most loyal allies in its war on ISIS, and the subsequent Turkish invasion triggered a firestorm of condemnation from both sides of the political aisle. Although Trump backed down and allowed about a hundred troops to stay, even some of his closest Republican supporters expressed anguish and dismay. The Democrats, seeking a winning issue in the middle of the contentious impeachment process, described the decision in dire terms. Critics on all sides warned that by betraying the Kurds, the US lost all credibility in the Middle East and beyond.

The Kurdish fiasco came on top of the president’s failure to respond to Iranian provocations in the Gulf, including attacks on vessels, the shooting down of an American drone, and a spectacular strike on the Abqaiq and Khurais oil facilities, which knocked out nearly half of Saudi oil production.

Unsurprisingly, these developments triggered intense debate in Israel, with some commentators claiming Israel is different from the Kurds and others warning that there is no place for loyalty in Trump’s self-serving and transactional universe.

Virtually all observers blamed Trump’s highly idiosyncratic, chaotic, Twitter-driven foreign policymaking style for the Syrian fiasco, and there is certainly merit to that interpretation.

The president casually promised Turkish president Recep Tayyip Erdoğan that he would withdraw the US contingent stationed in Kurdish territory. Because he did not clear the move with the Pentagon, the military abandoned their bases in haste. In some cases, the Air Force bombed equipment and ammunition stores to prevent their falling into enemy hands. Worse still, Trump was aware of the pending raid on Abu Baker Baghdadi when he ordered the troops out.

Trump’s decision, erratic as it was, should be viewed in the context of a broader discourse between the isolationist and internationalist strands in American foreign policy. On the Republican side, isolationism has a long history. Most recently, Senator Rand Paul emerged as the standard bearer of neo-isolationism, the belief that the US should stay out of international entanglements. Paul frequently clashed with Republican interventionists and hardliners such as Representative Liz Cheney and Senator John McCain. The House Freedom Caucus, a mixture of conservative and libertarian Republican lawmakers, sided with Paul. While mainstream Republicans have expressed concern about the Kurds, they have little to say about Trump’s reluctance to punish Iran.

Democrats scoff at being called isolationist, but the progressive wing of the party has much in common with Paul’s view of foreign policy. Bernie Sanders and Elizabeth Warren, two top Democratic presidential contenders, as well as younger progressives like Alexandria Ocasio-Cortez, assert that the US should cease spending blood and treasure on unnecessary wars. Many of them are unfriendly to Israel to the point of questioning the annual aid it receives from Washington.

While Trump is too idiosyncratic to be considered a neo-isolationist, his promises to disengage America from “endless wars” sound like Paul’s objection to “unlimited war – war anywhere, anytime, anyplace on the globe.” Both Republican and Democratic anti-interventionists use the 2003 Operation Iraqi Freedom as a case in point. They observe that, after the loss of more than 4,500 American personnel and some 40,000 wounded, and at a cost of $1.9 trillion, Iraq is now dominated by Iran and its Shiite militias and plagued by chaos and violence. The 2018 Army report “The U.S. Army in the Iraq War” offers a devastating analysis of the flawed assumptions and misguided policy that enabled Iran to insert itself into the body politic of that country.

Significant as these political headwinds have been, there are strategic considerations behind the shrinking American footprint in the Middle East.    The 2018 Quadrennial Defense Review (QSR), which analyzes strategic objectives and threats, listed China and Russia as the two top perils, replacing the formerly top-ranked terrorism. Mark Milley, the newly appointed chairman of the Joint Chiefs of Staff, influenced the shift in the QSR.

Trump is said to have favored Milley, who shares his view that America’s lengthy and costly anti-terror campaign should be ended, over David Goldfein, the Air Force Chief, a protégé of former Secretary of Defense James Mattis.  Mattis resigned in December 2018 over Trump’s initial decision to leave Syria.   As expected, Milley defended the president, stating that the Kurds were just “partners” but Turkey is a long term American “ally.”

The president’s impatience with the “endless wars” drove Secretary of Defense Mark Esper to announce a drawdown of American troops in Afghanistan, despite the failure of peace talks with the Taliban. There is also doubt as to whether the Pentagon will go ahead with irregular warfare tactics to counter Iran. Mattis, who concluded that pressure on Iran was not working, ordered that the Irregular Warfare Annex be added to the National Defense Strategy.

Conversely, the Russian and Chinese track was recently bolstered. Secretary of State Mike Pompeo signed an extended security agreement to relocate American military assets to the port of Alexandropoulos in Greece. The move would bypass the Straits of Dardanelles while challenging Russia in the Eastern Mediterranean. The Pentagon has also revved up its response to the Chinese militarization of the South China Sea and expansion to the Solomon Islands, where it has leased the island of Tulagi. Both American and Australian officials expressed worries that China intends to establish a maritime command and control center on the island.

America’s turn away from the Middle East could have a significant impact on Israel’s strategic interests. Pompeo’s recent assurances that Washington has not wavered in its staunch support for Israel should be taken with a grain of salt.   His previous claims that America would respond to Iranian provocations fell flat in the face of Trump’s objections.

Still, Israel has too many deep strategic ties with the US to be “abandoned” in the Kurdish sense. These include intelligence sharing, cyberspace operations, joint exercises (Juniper Cobra and Juniper Falcon), and the deployment for the first time of Terminal High Altitude Area Defense (THAAD), the most advanced American missile defense system. Run by European Command (EUCOM), the programs reflect the vital role of Israel in America’s strategic lineup.

At the same time, Trump’s pivot makes Israel’s position much more difficult. Following the Turkish incursion, the Kurds invited Bashar Assad’s Syrian Arab Army (SAA) to take up positions in several locations in the Administration of North and East Syria (ANS), also known as Rojava – approximately one-third of Syrian territory. Gen. Qassem Suleimani, the head of the Quds Force of the Islamic Revolutionary Guard Corps, is planning to relocate parts of the land bridge used to smuggle arms and ammunition to Hezbollah away from the western corridor, where it is susceptible to Israeli bombing of convoys. Hezbollah’s and Suleimani’s Shiite militias, part of his Shiite Liberation Army (SLA), would be able to protect the new route.

Iran’s diplomatic standing has increased immeasurably now that Russia is the de facto arbiter of all things Syrian. As part of the tripartite Astana talks hosting Russia, Turkey, and Iran, the Islamic Republic will have a more decisive say in the future of Syria now that the US-sponsored Geneva track is largely defunct.

Israel’s interests will likely be negatively impacted by the change in the balance of power in the region.

Newly bolstered by his commanding performance in Syria, Vladimir Putin, with the help of China, is poised to fill the vacuum left by the US. China, Russia, and Iran have announced a joint maneuver in the Indian Ocean, a counterpart to the American-led effort to create a multinational naval task force in the Gulf. Saudi Arabia seemed to have gotten the message when, during a recent visit at which Putin signed two billion dollars’ worth of economic agreements, Riyadh signaled its readiness for open negotiations with Iran mediated by Moscow. In preparation for better relations, the UAE has released $750 million of Iranian money frozen by sanctions.

Although Israel has cultivated good relations with Moscow, its maneuverability in a Russian-dominated Middle East would be constrained both kinetically and diplomatically. 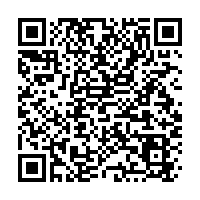