Let’s wish a hearty mazel tov to the members of The American Anthropological Association (AAA) who voted “overwhelmingly in favor” of boycotting Israeli academic institutions at their annual meeting this past month!  Congratulations…you have now joined the elite company of close-minded bigots such as Jeremiah Wright and Louis Farrakhan who aren’t interested in the facts as much as they are dedicated to spewing anti-Israel hatred in the form of Boycott, Divestment and Sanctions (BDS).

It’s a pity you know.  The founding father of academic anthropology, Franz Boas (1858-1942), was himself both a Jew and an outspoken critic of Anti-Semitism.  Beyond his roots, Boas was dedicated to fighting any sort of racism and to promoting communication between all people.  This same prolific scholar—who founded The AAA back in 1902—once wrote, “There are two things to which I am devoted: absolute academic and spiritual freedom.”  And now his academic descendants are voting in droves to boycott Israeli academic institutions…how does that make any sense?


Perhaps if you thought that Israeli is guilty of ethnic cleansing—something which The AAA absurdly accuses the Jewish State of—then it would make sense.  But hasn’t the population of Arabs and non-Jewish citizens of Israel skyrocketed since the founding of the state in 1948?  Didn’t the literacy rate amongst the Arab populace increase dramatically in the past few decades?  Furthermore, isn’t it the Palestinian Authority in Ramallah that seeks to establish a state without any Jews, thereby necessitating ethnic cleansing as part of their proposed national charter?

Maybe The AAA and its members are simply tired of being overlooked by their colleagues in other academic fields.  Perhaps these guys felt under-appreciated and wanted to make some noise to snag a headline from their colleagues in the hard sciences?  As they say, “Jews is News,” and boycotting Israel is bound to get some airplay when there isn’t anything else important (like the emerging threat of ISIS) for the media to report on.

I can sympathize with The AAA in a weird way because I feel bad for them.  The American Medical Association is always making headlines and the folks handing out Nobel Prizes just don’t seem to think Anthropology deserves an award.  To be honest, most folks probably don’t even know what the field of Anthropology consists of these days.  I know that there is a popular clothing store downtown called Anthropologie which markets itself as “an inspiring place to shop for women’s clothing, accessories, and home decor.”  But for some odd reason I don’t think the franchise’s success has anything to do with our friends at The AAA.

In a recent speech given upon receiving one of his twenty-plus honorary degrees, world-renowned professor Lord Robert Winston—the British physician who pioneered in vitro fertilization treatment—referred to BDS supporters as, “second-rate academics from minor universities who have never done anything.”  While that’s kind of a harsh statement, one can’t help but to wonder what happened to the legacy of Franz Boas who—according to Thomas Gossett in his 1963 book Race: The History of an Idea in America—”did more to combat race prejudice than any other person in history.”  But then again, it’s tough watching your colleagues in the physics and chemistry departments hog all the glory.  And isn’t it reassuring to know that you can still steal the spotlight for a moment by shamelessly targeting Israel?

As I recently wrote in an open letter to infamous anti-Semite and BDS super-villain Roger Waters, I’m saddened by the lack of a public outcry against the genocidal war perpetrated by Turkish and Arab states against the Kurdish people.  And where is The AAA to fight for the rights of women who are unable to legally drive in Saudi Arabia?  Where is their call for divestment from Iran for limiting free speech on campus and imprisoning academics for teaching democratic ideals?

It sure seems like the folks at The AAA have a bit more research to do in order to re-prioritize their list of enemies.  Targeting the Jewish State—which remains a lone oasis of Academic Freedom in The Middle East—is just plain obscene.  Franz Boas must be rolling in his grave while searching for a whooping stick to teach these young’uns a lesson. 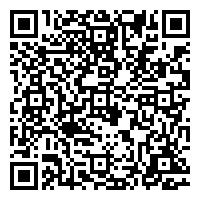