Although the agunah problem is far from being solved, the state of Israel has stepped up and is freeing dozens of agunot – outside its borders.

Let me explain. Outside Israel, batei din have no legal jurisdiction and thus no power to enforce their rulings. Therefore, in the Diaspora, agunot in the modern era have been without recourse as batei din can’t end their suffering.


A beit din’s ruling is only enforceable in secular court if both parties previously signed a binding arbitration agreement naming a particular beit din as the arbiter. The Beth Din of America’s Halachic Prenup for the prevention of get-refusal is one such agreement – and it has been 100 percent effective.

But until 2018, agunot in the U.S. who didn’t sign this prenup had no hope. In July of that year, though, the Knesset in Israel passed what’s colloquially known as the “Diaspora Agunot Law.” Under certain conditions, it gives legal jurisdiction to the State Rabbinical Court to adjudicate divorce suits between spouses who don’t live in Israel, are not Israeli citizens, and may have no connection to the State of Israel. If petitioned by an agunah, the court can summon her get-refusing husband if he is visiting Israel, issue a restraining order, and levy sanctions against him until he gives his wife a get.

All the agunah needs to do is show the court that securing a get in the Diaspora has proven to be impossible – either due to her husband flouting the rulings of a local beit din or the absence of a qualified beit din in her locale – and that there are civil divorce proceedings in place.

A few months ago, on September 7, 2020, the “Diaspora Agunot Law” was discussed and reviewed in the Knesset’s Constitution, Law and Justice Committee. The Directorate of the State Rabbinical Courts noted that over the two years of the law’s existence, 119 agunot from all over the world have filed suit for a get from their recalcitrant husbands, and 57 of those suits have been successfully completed with the get delivered!

The majority of these cases were expeditiously resolved simply by the Rabbinical Court issuing a restraining order preventing the get-refuser from leaving Israel.

The president of the Conference of European Rabbis, Rabbi Pinchas Goldschmidt, who attended the Knesset meeting via Zoom, praised the legislation effusively. He also announced that due to the law, 25 additional agunot were freed in Europe through local batei din! Apparently the very existence of the “Diaspora Agunot Law” was enough to convince recalcitrant men to give their wives a get.

Evidently, with anti-Semitism on the rise around the world, Jews want to leave open for themselves the option of leaving their homes for the safety and freedom of Israel. The specter of being hauled into a Rabbinical Court upon arrival in Israel sufficed to convince a number recalcitrant husbands to reconsider their position.

Batei din, Jewish communities, rabbis, and agunot: Take note and disseminate this information! An agunah in the Diaspora should be referred to a professional in Israel. She may not have much of a connection to Israel, but – as the Jewish state – it can help her secure her long-awaited get. Ki miZion tetzei Torah! 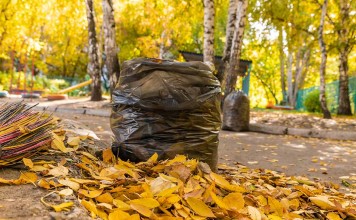