The Department of State under President Donald Trump and Secretary of State Mike Pompeo has corrected U.S. Middle East policy in an important way. The past legal determination that Israelis deciding to reside in the West Bank and Gaza Strip (Israeli unilaterally left Gaza in 2005) are doing so in violation of international law has always been deeply flawed.

It failed to recognize that the case of Israeli settlement construction was unique and was not what the drafters of international law had in mind when they first addressed this question.

The original basis for judging the question of Israeli settlements was the 1949 Fourth Geneva Convention that was designed to protect occupied populations. True, the legal adviser to President Carter’s State Department stated that Israeli settlements in the territories Israel captured in 1967 were “inconsistent with international law.”

And former Secretary of State John Kerry called them a violation of international law; in December 2016, Samantha Power, his representative to the UN abstained when UN Security Council Resolution 2334 was adopted in December 2016. That resolution stated that the establishment by Israel of settlements in “the Palestinian territory” constitutes a “flagrant violation of international law.” The U.S. would have normally vetoed a resolution with such harsh language. U.S. policy appeared to be evolving.

But significant American voices took a very different view. There was Eugene Rostow, a former dean of Yale Law School and and Under Secretary of State who wrote that the settlements were in fact legal. Morris Abram, who was the US ambassador to the UN in Geneva, once explained that he had been one of the drafters of the Fourth Geneva Convention. He wrote that its authors had in mind heinous crimes committed by Nazi Germany that were raised during the Nuremberg trials. These included forcible evictions of Jewish populations for purposes of mass extermination in death camps in places like Poland.

This plainly was not the case of Israeli settlements and it is utterly vile to even suggest that Israeli settlements should be thought of in this context. Not surprisingly President Ronald Reagan broke with the Carter administration’s position and viewed the settlements as legal. In this sense, the new Trump policy on settlements represented a continuation of a school of thought within American foreign policy which Secretary of State Pompeo was simply reaffirming.

There were other factors that had made the West Bank unique in the formulation of U.S. policy. It must be recalled that the last sovereign over the territory of the West Bank was the Ottoman Empire; it renounced its legal rights to the land after the First World War. That set the stage for the League of Nations in 1922 explicitly supporting the “close settlement” of Jews in the territory of the British Mandate. Those historical rights of the Jewish people were preserved by Article 80 of the UN Charter.

True, Jordan seized the West Bank as result of the first Arab-Israeli War that ended in 1949. And while Jordan annexed the territory, even the Arab states refused to recognize its sovereignty there. In other words, there was no recognized sovereign over the West Bank prior to Israel’s entry into the area. A vacuum of sovereignty had been created that had to be taken into account when looking at the legality of Israeli settlements.

Finally, Israel reminded the international community that when it captured the West Bank in 1967 that it acted in the framework of a war of self-defense. The Soviets sought to brand Israel as the aggressor in the Six Day War, but their diplomats failed to convince a majority of member states in both the UN General Assembly and in the UN Security Council back then.

The unique conditions of the case of Israeli settlements influenced the whole issue of how they should be judged, but now with the formulation of a new American position their legality is on the way to being finally accepted. 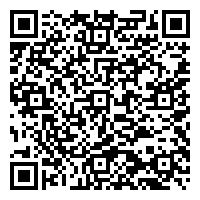