UN Commissioner Navi Pillay never uttered the word “apartheid” during her presentation on June 13 to the United Nations Human Rights Council (HRC) in Geneva, Switzerland. After all, the term only appeared once as a passing reference in the report by the HRC’s latest commission to investigate alleged Israeli violations of international law.

Even so, there is concern that this commission is building upon groundwork laid by others to ultimately brand Israel with the label of apartheid state.


In the past year and a half alone, multiple non-governmental organizations (NGOs) published reports alleging the State of Israel and Israeli officials are guilty of apartheid. The definition of apartheid they used, however, was not based on legal precedent. Instead, it was a gollum designed to serve ongoing campaigns to delegitimize and demonize Israel, according to reports by the watchdog oganization NGO Monitor.

Anne Herzberg, NGO Monitor’s legal advisor and representative to the UN, participated in a panel discussion at the 50th annual HRC gathering on Monday. “Lest anyone think, ‘Oh, apartheid was not in this report, it’s not on the agenda anymore’ – it is clear that that is on the UN agenda,” she said. “They are just building up their case for it.”

Judging by Israel Foreign Minister Yair Lapid’s response to what is being called the Pillay Report, Herzberg’s apprehension is not off the mark.

“In the coming year, we’re expecting a discourse that is unprecedented in its poison and radioactivity,” Lapid said in a press briefing. “Calling Israel an apartheid state was a slowly creeping trend for a very long time, and in 2022 it will be a real threat.”

When Human Rights Watch released a report in 2021 accusing Israel of being an apartheid state, it called for the establishment of a commission of inquiry by the UN to investigate all forms of systemic discrimination or repression based on group identity in israel and the Palestinian Territories. The commission would identify those responsible for persecution and violation of international law, including apartheid, and “collect and preserve evidence related to abuses for future use by credible judicial institutions.” About four months ago, Amnesty International published its own report labeling Israel an apartheid state, saying that the country’s “system of apartheid originated with the creation of Israel in May 1948.”

As Herzberg pointed out on Monday, the language of the Human Rights Watch report is echoed “to a T” in the UN commission’s mandate.

She does not think this is a coincidence.

Many UN officials and reports adopt claims from NGOs without doing any independent verification, she explained, and this means that false claims from an anti-Israel, terrorism-linked NGO can be legitimized with a stamp of approval from the UN.

“The NGOs that are pushing the apartheid report are very active in the COI [commision of inquiry] process and feeding information to the commissioners,” Herzberg said in a May 19 phone interview. “The two campaigns are linked.”

“In terms of the apartheid charge… the campaign is not about establishing two states. It’s not about 1967. It’s not about improving Israeli policy or establishing borders. It’s about attacking the legitimacy of having a Jewish state. It’s an attempt to revert back to a 1948 agenda that paints Israel as illegitimate; it’s for demonizing Israel, it’s against any type of peace process, and it’s just inflaming conflict.”

“The report attacks foundational policies of Israel, making multiple false claims regarding discrimination in order to build a case of racism and so that this permanent COI can later accuse Israel of apartheid.”

David M. Littman, a media and education research analyst at the Committee for Accuracy in Middle East Reporting and Analysis (CAMERA), highlighted a number of factual inaccuracies present in the commission’s inaugural report. For instance, the report claims that Israel controls all of Gaza’s land and sea borders, but Egypt controls Gaza’s southern land border. The authors of the commission know this much, as they reference the southern crossing-point into Gaza in the report itself: “The Government of Egypt indicated its willingness to cooperate with the Commission but has not yet responded to the Commission’s request to access the Gaza Strip through the Rafah crossing.”

Another inaccuracy is the assertion that Palestinians in East Jerusalem are not eligible for Israeli citizenship. He pointed out that in 2019, approximately 1,200 applicants were granted Israeli citizenship. (Times of Israel reported at the time that a slightly greater number were rejected, primarily “because the applicants either can’t prove East Jerusalem is their ‘center of life,’ can’t show Hebrew fluency, or fail to win a recommendation by security authorities.”) The following year, 20,000 young Palestinians became eligible to expedite their requests for Israeli citizenship according to new guidelines put out by Israel’s Interior Ministry.

Even in Pillay’s prepared remarks, a careful listener could find inaccuracies. For instance, she referenced “the continued occupation of Palestinian territory, including East Jerusalem and Gaza,” even though Israeli forces withdrew from Gaza more than 15 years ago.

“Given the U.N.’s long history of baseless and bigoted attacks on the Jewish state, expect much more of this dishonesty in the future from this commission,” said Littman.

If the commission’s allegations escalate to accusations of apartheid, this could have repercussions for Israel on the international stage – and for Jews here in America. In fact, a poll conducted by the Jewish Electorate Institute in 2021 found that one-quarter of American Jews already believe Israel is an apartheid state.

“There are a substantial number of younger Jews who accept that characterization,” Kenneth D. Wald, emeritus professor of American Jewish Culture & Society at the University of Florida, told the Jewish Journal in August. “Many of them may not know what apartheid actually was. They don’t remember when there wasn’t an Israel, they don’t remember the Six-Day War. For them, Israel has always been the dominant power in the Middle East. They look at Israel as if it should be a liberal democracy, and it is not. It is an ethnic democracy. For a lot of American Jews and others, that is a different thing to accept.’’

“When the Jewish population becomes among the most vocal critics of Israel, you know it’s not a message problem,” Frank I. Luntz, a Republican pollster, told the Jewish Journal. “This is a message crisis.” 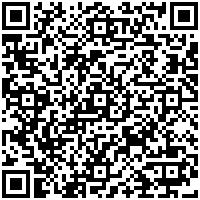