Nothing raises hackles at The New York Times like Israeli settlements in the ancient homeland of the Jewish people. True to form, when Israel recently announced plans for the construction of 3,000 new housing units in settlements scattered across biblical Judea and Samaria, also known as the former “West Bank” of the Kingdom of Jordan, Times Jerusalem Bureau Chief Patrick Kingsley led the way.

Such construction, he wrote (Oct. 27), “would further consolidate the Israeli presence in the West Bank and the barriers to the creation of a geographically contiguous Palestinian state.” It was bad enough for Kingsley that since the Six-Day War in June 1967, Israel has permitted the establishment of more than 100 settlements, now with a total population of 700,000, in “a process that most of the international community considers a breach of international law.” He refers to (unidentified) “critics” who claim that Israel “has effectively stolen land for settlements from Palestinians whose families had long held it but could not prove ownership to Israel’s satisfaction.” In translation, the Palestinians were trespassers.


The New York Times hardly was alone in its displeasure with Israel. U.S. Secretary of State Antony Blinken informed Israeli Defense Minister Benny Gantz that the location and number of new settlement homes was “unacceptable.” With the U.S. State Department “deeply concerned” over settlement construction, Blinken suggested that in the future, Gantz consider American opposition to settlements before making a decision about them—as if Israel was merely an American clone.

State Department spokesman Ned Price criticized the plan as “completely inconsistent with efforts to lower tensions and to ensure calm, and damages the prospects for a two-state solution.” That solution has long been the fantasy of Washington experts on the Middle East who seem either ignorant or dismissive of repeated refusals by Palestinian Authority leader Mahmoud Abbas, now in the 18th year of his four-year term, to comply. Indeed, ever since 1937, when the Peel Commission recommended the establishment of two states in Palestine, Palestinian leaders have repeatedly rejected that solution.

Nearly three months ago, Abbas, addressing the U.N. General Assembly, warned that the Palestinian Authority would reverse its recognition of pre-Six-Day War boundaries unless Israel withdrew from biblical Judea and Samaria within a year. It was, to be sure, an empty threat; who cares whether he does or does not recognize Israel’s boundaries? Perhaps it bolstered Abbas’s diminishing support among his own people.

Among the prospective settlements identified for additional housing units is Ariel (a biblical reference to Jerusalem and the Temple Mount), a secular community midway between Tel Aviv and the Jordan River. Established in 1978, it is home to about 20,000 Israelis, nearly half of whom are Russian immigrants. Its thriving University of Judea and Samaria teaches 17,000 students.

Also chosen for expansion is the largely Orthodox settlement of Beit El (“House of God”), north of Jerusalem and adjacent to Ramallah, with a flourishing yeshivah; and the ultra-Orthodox Beitar Illit in the Gush Etzion settlement bloc south of Jerusalem, with a population nearing 60,000 and more than 100 synagogues. Gush Etzion settlements, tracing their origins to the 1920s, were decimated by rampaging Arabs during Israel’s 1948 War of Independence, when more than 100 residents were massacred and the community collapsed.

Following the Arab-Israeli war in 1948, which gave rise to the birth of the State of Israel, Palestinians failed to establish a state on land that Israel did not control. Their leaders repeated the mantra of “reclaiming all of historic Palestine from the [Jordan] river to the [Mediterranean] sea.” Instead of all, they got nothing.

The Times is pleased that Blinken is free to open a consulate “as part of deepening of ties with the Palestinians,” and to assure Abbas that it will be located in Jerusalem. But it is likely to be an empty gesture that reveals nothing more than Biden administration ignorance of, or indifference to, the enduring Jewish sanctity of Jerusalem, ever since it became the capital of the United Kingdom of Israel under King David 3,000 years ago. There were no Palestinians then.

P.S. Despite its perceived evil by the State Department and The New York Times, Israel has also authorized the construction of 1,300 Palestinian homes in Judea and Samaria. 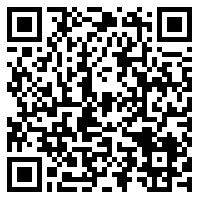