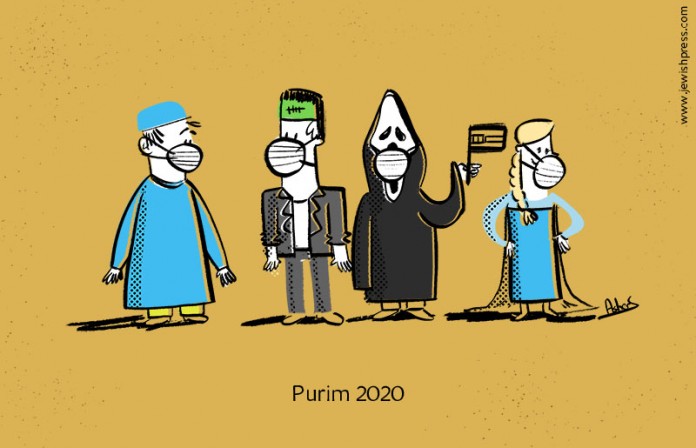 Life lurches from one crisis to the next. Despite all the structures we create to stabilize our lives, you simply never know what is going to hit next. Our security, happiness and health are subject to whim, miscalculation, passion, the sudden, unforeseen, unexpected and absurd. We’re not really in control.

The spiraling out-of-control coronavirus crisis, juxtaposed with the recent Purim holiday, provokes reflection on the existential realities and uncertainties of life. The bolt-from-the-blue health frailties of the entire world jar us from serenity and lead to extreme apprehension. We’re not really in control.

The capriciousness of life is exactly what Purim is all about. The biblical Book of Esther is a story of contradictions, filled with events that are unreasonable, coincidental, seemingly pure chance. At one moment Jews live in security in Persia; the next, they face destruction. Mordechai is threatened with execution; then, suddenly, he becomes prime minister. Irrational events and moods transform fear into festivity. Venahafoch hu – everything gets turned upside down and backwards. Because we’re not really in control.

Rabbi Dr. Joseph B. Soleveitchik taught that even the name Purim (meaning lottery or chance) expresses the erratic nature of life. Purim alerts us, he explained, to the fickleness of life and man’s susceptibility to accidental turns of fortune – despite the best laid plans. We’re not really in control.

Rabbi Soleveitchik wrote that man’s occasional helplessness is not simply a tragic truth. “It is an ethical postulate that gives rise to modesty and humility in man…. Instability serves to ennoble, to dispel arrogance. The awareness of one’s vulnerability, that there ever lurks a hovering threat which can transform our condition, that suddenly without reason man can be cast down from the throne of success to the pit of despair – should enhance our ethical character.”

Until the corona virus hit, such modesty and humility seemed to be in short supply in our 21st century world. The rich and successful and the politically powerful exude a preening pride and overbearing self-confidence that leaves no room for self-criticism or self-doubt. Nor for God. People are, as a rule, certain that their individual viewpoint is correct, barring all others; and that modern science protects from almost all vulnerabilities.

But we’re not really in control. Which is why the Mishna exhorts to “be exceedingly humble” (Ethics of the Fathers, 4:4). Perhaps the corona crisis will duly drive us all to eat a little humble pie.

UNFORTUNATELY, there are radical clerics of all religions propagating errant nonsense that the corona virus is a sign of nearing messianic redemption or is a rebuke to moral relativism of one type or another; choose your pet peeve or sin here. How the heck do they know these unsubstantiated things with such arrogant certainty?!

What we can say with more certainty and simultaneously with some modesty is that Jewish tradition teaches a link between national security and national decency; between the health ministry and the social welfare ministry; between the defense ministry and the interior ministry. Our success in the former arenas is dependent on our virtue in the latter spheres.

In other words, diplomatic power, economic success and basic human health are partially a function of moral strength. When we are strong socially and spiritually, we earn the respect of friends, successfully deter foes, and ward off disease. The Heavens step in to defeat Hamas in Gaza or viruses in Tel Aviv when we eradicate “hamas” (Hebrew for injustice) at home. We can withstand the Iranian imperial march and halt the advance of a pandemic by ensuring righteousness in Jerusalem.

Where does one start?

Perhaps by putting “moral chains on our appetites,” as Edmund Burke wrote. Good society depends on a system of restraints; on internalizing external authority through conscience. That is one of the features of a life lived according to halacha, Jewish law.

Indeed, we need fetters on our passions. This means spending less on vulgar entertainment, super-fancy food, ostentatious clothing, extravagant vacations and other luxury goods – which, willy-nilly, is the situation we’ve all been forced into now.

Tolerance, which also stems from humility, is critically needed too. After three verbally violent Israeli election campaigns, it would be healthy to shackle Israeli public discourse against hyperbole and vitriol; to practice some national unity, not just talk about it.

Another way of putting moral chains on our appetites is Sabbath observance, as even the Pope acknowledged this week. Sabbath observance is a basis for humanistic politics and societal sanity, as Prof. Leon R. Kass has explained:

FINALLY, the Purim story also provides an excellent lesson in understanding the link between Providence and human endeavor. It hints that beyond the intrigue of royal courtyards, behind the politics of an Oval Office, and above a cloud of virus, lies a Hidden Hand operating on a transcendental plane.

Beyond the grasp of man’s finite mind, there is order and purpose. A higher Divine order into which man has not been initiated. In short, what appears random, even a virus, isn’t. The pur (the “chance” hinted at in the word Purim) is really planned.

G-d fells vanities and empires at will, whether through war or pandemic. But he leaves plenty of room for virtuous and bold human action by men and women whose moral authority can heal and whose wise actions can avert disaster. “Everything is in the hand of heaven”, said the Talmudic sage Rabbi Chanina, “but man still possesses moral freedom” (Berachot 33b).

The ultimate calculus is beyond us. The results of any given action remain uncertain. We’re not really in control. But we have a moral imperative to do right and act responsibly, while praying that Heaven will approve and provide stability in this scary world. 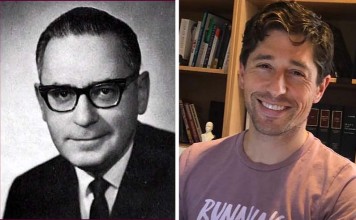 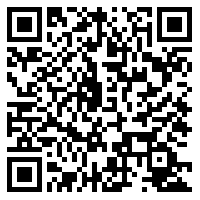