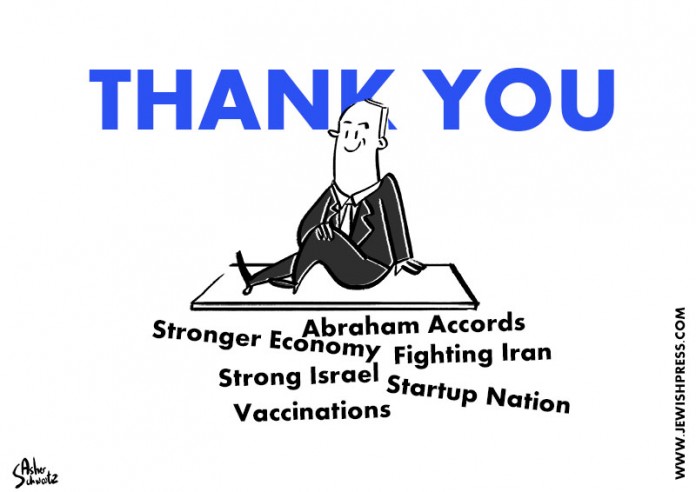 “We need to reunite the right-wing camp” is a saying that has been reiterated recently. But the general message of peace has clouded the substance: how did we reach this stage of “disunity”? The Right was actually united, until a party was established that divided the camp when it overwhelmingly opposed sitting in a government with Benjamin Netanyahu, and another party abandoned the camp after the elections, preferring the role of prime minister in a coalition with anti-Zionists to a united right-wing camp.


Are these calls for unity about reaccepting New Hope and Yamina into the right-wing camp? Or are they directed at supporters of these parties, who only now are beginning to regret their actions? Right-wing unity is important, but it can only happen once the latter understand that those who left the camp passed the point of no return. Right-wing unity will only be possible when there is an understanding that there can be no revival when parts of the camp are ready to reject the votes of their colleagues and to allow members of the opposing camp to decide who their leader will be. And finally, right-wing unity will only be possible when the cries from the right-wing camp towards anti-democratic injustices will be at least as strong as those connected to the damage to their estate.

Last week Yifat Erlich wrote in this newspaper that it’s possible to be angry at those who established a government with Ra’am, and at the same time “to be angry at the Likud that repeatedly failed to appoint a leader that would win in the elections and unite the camp.” In this way, a nearly symmetric picture is presented between the ideological crossing of the lines by Yamina and New Hope, which led to the fall of right-wing rule, and the democratic choice of Likud members to elect Netanyahu. Moreover, here the anti-democratic persecution of Netanyahu (as the head of the right-wing camp) isn’t what’s frustrating, but precisely the right’s insistence on re-electing him.

In another interview, Haggai Segal explained that this government is not the “end of the world.” And elsewhere he also supported “moving” Netanyahu (to the presidency) for the sake of another candidate who could form a coalition. Daniella Weiss added that “an alternative is needed” to the existing government, without acknowledging Netanyahu, who stands at the head of the largest right-wing party, as such.

These quotes aren’t important in and of themselves, but the collective spirit that blows from them and is reflected within them still reflects a fundamental error. The persecution of Netanyahu is not personal. The 315 unfounded clauses could have been attached to an indictment of any other right-wing prime minister. The fight is over the cause. And the cause is no less than the continued existence of a Jewish and Democratic Israel.

For years a certain elite has tried to reduce the Jewish character of the state. Whether it was the issue of conversion or immigration or the Palestinian question – all of these were advanced by this elite in a framework of values that was presented as even more important for its members – the value of democratic governance. But when the yearned-for change wasn’t achieved, and when the people didn’t agree to its message, they came to an understanding that it’s possible to narrow the democratic space and to slowly transfer public decisions into the hands of unelected officials.

“The moving” of Netanyahu is part of this same struggle against the common people. If you will it, first it will be less democratic, and afterwards less Jewish. When the entire Right understands the connection between the personal and the collective, between the democratic struggle and the Jewish one, not only will the union happen spontaneously, but  its ideological path will be secured.

(Written by Dr. Limor Samimian-Darash, senior lecturer at the Federmann School of Public Policy and Government at the Hebrew University of Jerusalem)