Prime Minister Benjamin Netanyahu confounded his adversaries and proved that he may be the world’s most consummate politician. Despite an ongoing media campaign of demonization and facing serious indictments, the third election in less than a year and which had the highest voter turnout since 2015, gave his right-wing bloc 58 seats. The left-wing bloc led by Blue and White under the leadership of Benny Gantz together with Labor–Gesher–Meretz was only able to secure 40 seats, 9% less than in the previous election.


In a fractured Knesset, with the anti-Zionist, Arab-majority Joint List winning an unprecedented 15 seats and Avigdor Liberman’s Yisrael Beytenu essentially moving the support of right-wing voters out of the right-wing bloc, the strong vote in favor of a Netanyahu-led government represents a tremendous achievement.

If Yisrael Beytenu, which purports to be a right-wing party, would agree to join a Netanyahu-led coalition, Netanyahu would be forming a government reflecting the will of the people. Instead, Liberman, motivated solely by obsessive personal hatred of Netanyahu, is pursuing a vendetta and acting out of malice. Unlike in the previous elections, he is now not even pretending that ideology and the welfare of the State of Israel are considerations. All means are justified, no matter the cost, to oust Netanyahu.

The other significant change in this election is the rise of the Joint List. Until this week, it would have been inconceivable that a Zionist party would even contemplate forming a government relying on the support of those identifying with Hamas and Hezbollah or praising heinous acts of terrorism. Only days before the election, Gantz declared the goal of Blue and White was to get a Jewish majority in order to form a government. However, following the collapse of his supporter base in the elections, he has called Netanyahu a racist for referring to a Zionist majority.

This is disingenuous. Gantz’s comments could indeed be conceived to be racist as he negated a whole sector of Israeli society. Unlike Gantz, Netanyahu does not reject the Arabs as a class but merely the Arab members of Knesset who do not recognize Israel as a Jewish state.

To accuse those protesting at the formation of a coalition with the Arab bloc of being racist and undemocratic is nonsensical.

Opposition to the Joint List is not racist but rejects the bloc as a legitimate partner because it comprises four groups that are pledged to transform Israel into a binational state. Hadash, the largest (and most moderate) is a Stalinist communist group. All of them support our adversaries and frequently defend or seek to rationalize acts of terror.

Cooperating with such elements, whose very existence in the Knesset is an expression of Israel’s ultra-democracy, borders on treason. Would any Western country tolerate a group that preached the destruction of the state and justified terrorism?

To his eternal shame, Gantz, in addressing the nation on Saturday night, revealed that the leadership of Blue and White had no qualms about reaching an accommodation with those very Knesset members who would seek the destruction of Israel. It appears that Liberman, in his hatred for Netanyahu, is also prepared to go along with this shameful, cynical ploy. There are no limits to cynicism when Moshe Ya’alon, who members of the Joint List have in the past said should be charged with war crimes, is prepared to canvass their support in order to oust Netanyahu. Is there no shame?

To form a government, 61 seats are required. Under normal circumstances, this would logically require Likud and Blue and White to form a national unity government (which the vast majority of Israelis prefer) or either Liberman or Labor–Gesher to join a Likud-led coalition.

As of now, the deadlock remains with Netanyahu’s opponents continuing to demand that he step down as a precondition to negotiations. They do so despite the fact that Gantz has alienated even many of Netanyahu’s most ardent critics by his mediocre statements and contradictory policies.

The prospect of a fourth election is abhorrent to all and out of the question.

Yet, the willingness to ally with the anti-Zionist Joint List demonstrates the extent to which unmitigated hatred prevails among substantial sectors of Israeli society.

The majority of Israelis, even those consumed by pathological hatred of Netanyahu, recognize that with all his weaknesses, he is by far the best person to guide this nation during the next few months so that we can capitalize on the Trump peace plan.

Following the Israeli election, Senior White House Adviser Jared Kushner urged the Palestinians to return to the negotiating table, failing which, he said, the Trump administration would approve annexation by Israel of delineated areas in Judea and Samaria. Bearing in mind the uncertainty in the US over their forthcoming elections (especially with coronavirus undermining the economy), this is possibly a one-time opportunity for Israel to secure its borders with American support.

With the latest threat of the potentially horrendous social, economic and political ramifications of coronavirus, surely we must have a strong united government to deal with the decisions that lie ahead.

We should also be concerned about the pressures we will face if Trump and the Republicans are defeated. Given Gantz’s performance as leader of the opposition, can we rely on him to be a strong leader and advance the best interests of Israel? Do we even know where he stands on the major policy issues? Initially, he identified with the Likud’s security policies and endorsed the Trump plan, but recently he has become evasive due to pressures from potential coalition partners.

Now we face the horrifying prospect of people on the hard right like Liberman and Ya’alon willing to ally themselves with the anti-Zionist Arab parties to overcome the democratic decision of the Zionist majority to support Netanyahu.

Contrary to his undertaking, Gantz himself has now given formal notice of his intention to form a government relying on the support of the Joint List. Clearly, this will require significant concessions to an anti-Zionist bloc. On the immediate front, it will mean that such a government will not be able to proceed with the Trump peace plan and certainly will not be able to contemplate annexation of the settlement blocs and other strategic areas, even with an apparent green light.

Surely such disgraceful collaboration with an anti-Zionist bloc impinging on Israeli security policies is a betrayal of the Zionist ideology these parties claim to uphold.

We can only hope that there are enough Blue and White Knesset members with a degree of integrity and decency who still believe that the welfare of the nation takes priority over the cynical short-term political goals of their leaders.

Our leaders, including Netanyahu, must negotiate with one another and reach a solution that does not include a government dependent on Hamas supporters. If they fail to do so, we must mourn the fact that our leaders are perpetuating the tradition of sinat chinam, the baseless hatred that led to Israel’s destruction 2,000 years ago. 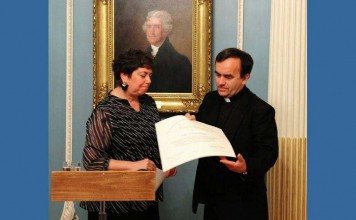 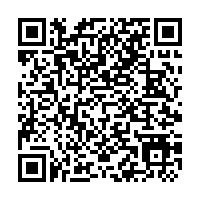