Once again, U.S. Ambassador to Israel David Friedman has spoken simple words of truth, and once again he’s under attack from the Palestinian Authority and the Jewish left. It seems that having a thick skin is one of the most important qualifications for serving as America’s ambassador to Israel.

Following a Palestinian terrorist’s fatal stabbing of Rabbi Itamar Ben Gal—a father of four young children—Friedman tweeted, “20 years ago I gave an ambulance to Har Bracha hoping it would be used to deliver healthy babies. Instead, a man from Har Bracha was just murdered by a terrorist, leaving behind a wife and four children. Palestinian ‘leaders’ have praised the killer.”

The news that Friedman donated an ambulance to Har Bracha infuriated Gideon Levy, a veteran columnist for the left-wing Israeli newspaper Haaretz, who wrote an article mockingly (if awkwardly) titled, “U.S. Ambassador to Israel’s Ambulance.”

When, you might wonder, can donating an ambulance be problematic? The answer, apparently, is when the recipient is an Israeli community that is situated beyond the 1949 armistice line. Levy accused Friedman of “funding war crimes,” believe it or not. The Haaretz columnist believes that the very existence of a Jewish community beyond the old lines is a war crime.

Gideon Levy was not the only one who unfairly mocked the ambassador.

The Jewish Telegraphic Agency used this headline for its article about the attack: “US Ambassador Accused Palestinian Leaders of Praising Deadly Stabbing Attack. But He Didn’t Cite Any.”

Yet at the time JTA published its story, a number of Palestinian leaders had indeed praised the attack, just as the ambassador had noted.

Hamas had issued a statement praising the murder as a “heroic act.” Hamas spokesman Abdel Latif Qanu urged the “forces of the resistance” to carry out more attacks. Hamas political bureau member Husam Badran hailed the stabbing as “the new heroism.”

Hamas obviously represents a significant portion of the Palestinian leadership. It rules Gaza, where approximately 2 million Palestinians reside. In the last Palestinian parliamentary election, Hamas won 74 of the 132 seats; it took 44 percent of the vote, as compared to the 41 percent received by Fatah, headed by P.A. President Mahmoud Abbas.

It seems that somebody at JTA wants to pretend that leaders of Hamas somehow don’t count as “Palestinian leaders”—even though more residents of Gaza democratically chose Hamas than any other Palestinian faction.

Of course, anybody who follows Israeli-Palestinian affairs knows that it was only a matter of time before P.A. leaders also chimed in to support the attack.

After all, during the past few weeks, the P.A. as well as Fatah have been falling all over themselves in praising Palestinian killers of Jews.

They called the late terrorist Raed al-Karmi “a precious martyr” for his role in “the killing of more than 126 Zionists.” They hailed Ali Hassan Salameh, one of the planners of the Munich massacre, as “a heroic commander.” They praised arch-terrorist Abu Jihad (murderer of at least 125 Israelis) as one of the “great personalities of those who have given and are giving so much to the homeland.” And they described Ahmed Jarrar—who recently murdered Rabbi Raziel Shevach, a father of six—as “a young lion.”

Did anybody believe that the killer of Rabbi Itamar Ben Gal would be the only Palestinian terrorist in history whom the P.A. and Fatah for some reason will not praise?

Sure enough, the very next day, P.A. spokesman Nabil Abu Rudeineh announced that the stabbing of Ben Gal was due to “the Israeli occupation and the settlement policy.” Which is to say, the stabbing was justified and right and good, since it was a response to “occupation” and “settlements.”

And just for good measure, the P.A. spokesman threw in the anti-Semitic canard of dual loyalty, asking, “Does [Ambassador Friedman] represent the U.S. or Israel?”

Friedman need not lose sleep over such barbs. After all, if he’s being mocked by extreme-left columnists, biased editors and anti-Semitic Palestinian officials, he’s obviously doing something right. 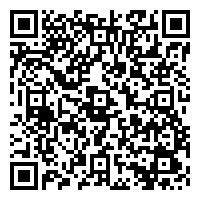