Defense, scientific and commercial cooperation between the US and Israel is surging unprecedentedly, in defiance of the unbridgeable gap between the worldviews of President Obama and Prime Minister Netanyahu.

For example, 250 major US high-tech companies maintain research and development centers in Israel, which has become a major source of cutting-edge innovative technologies, improving US competitiveness, increasing US exports and expanding US employment. In 2014, Israeli startups raised an all-time record of $3.4bn, mostly from US investors. Israel operates hundreds of US military and homeland security systems, providing the US defense industries with critical lessons of operation, maintenance and repairs, which dramatically upgrade the quality of these systems and their global competitiveness, improving US research and development, exports and employment. US-Israel cooperation in the areas of cyber, nano and space technologies is rising sharply. Israel provides the US with intelligence, exceeding the intelligence provided to the US by all NATO countries combined. The formulation of US battle tactics, in general – and urban warfare. in particular – is based largely on Israel’s battle experience. Joint US-Israel air force exercises are conducted regularly.  US Army units on their way to Afghanistan are trained by Israeli experts in urban warfare, car bombs, suicide bombers and improvised explosive devices (IEDs).


Contrary to the one-way-street type of relationship of 40 years ago (the US gave and Israel received), current US-Israel ties have been transformed into a mutually-beneficial two-way-street, expanding cooperation – especially at a time of drastic cuts in the US defense budget and the US withdrawal from Iraq, Afghanistan and Yemen – irrespective of the intensified tension between Obama and Netanyahu.

While Obama and Netanyahu are on a collision course, the US Congress – the most authentic representative of the American constituent and a co-equal, co-determining branch of government in all areas – has been a systematic supporter of enhanced US-Israel cooperation.  It was Congress which stopped the US military involvement in Vietnam, Angola and Nicaragua (in defiance of Presidents Nixon and Reagan); triggered the collapse of the white regime in South Africa (overriding Reagan’s veto); forced Moscow to allow free emigration; clipped the wings of the US intelligence community (in defiance of President Ford); has refrained from ratifying the 1999 Comprehensive Test Ban Treaty (signed by President Clinton); significantly expanded strategic cooperation with Israel (in defiance of President Bush and Secretary Baker); forced President Obama to veto the 2011 UN Security Council anti-settlement resolution and to sign the August 1, 2014 $225mn appropriation for the acquisition of additional Iron Dome batteries; etc.  The US political system provides Congress with the muscle to initiate policy and change, suspend, defund, rollback and abort presidential domestic, foreign policy and national security initiatives.

Unlike US ties with most other countries, US special ties with the Jewish State reflect the sentiments of most constituents, independent and irrespective of presidential policies.  They are based on Judeo-Christian values, dating back to the 17th century Pilgrims of the “Mayflower” and the “Arabella,” which departed from “modern day Egypt,” crossed the “modern day sea” and landed in the “modern day Promised Land.” Today, there are statues of Moses in the US House of Representatives (facing the Speaker) and the US Supreme Court (above the desk of the Justices), and Ten Commandments monuments stand on the grounds of the Texas and Oklahoma  state capitols.

For Netanyahu to embrace Obama’s policies on Iran and the Palestinian issue would require ignoring Obama’s track record in the Middle East: he welcomed the Arab Tsunami as an Arab Spring transitioning toward democracy; he stabbed the back of pro-US, former Egyptian President Mubarak and is turning a cold shoulder toward General Sisi, the current President, while embracing the anti-US Muslim Brotherhood, the largest Islamic terror organization; he denies the existence of Islamic terrorism (“workplace violence,” “extremism”); he claims that “Islam has always been part of the American story” (2009 Cairo speech); he contends that the root cause of terrorism is social-economic deprivation; he trained the anti-US, pro-Iran Houthi tribes of Yemen; he provides tailwind to Iran’s gradual domination of Iraq, Syria, Lebanon, Yemen (which controls the critical strait of Bab al Mandeb), assuming that “the enemy of my enemy (Iran) is my friend,” while in fact Iran is “my enemy”; he is preoccupied with the details of an agreement with Iran rather than with the details of Iran’s rogue, terrorist, non-compliant, apocalyptic, expansionist, anti-US track record;;he aims to contain, and not to prevent, a nuclear Iran; he transformed Libya into one of the largest incubator of terrorism; he subordinates US unilateral action to multilateralism; he has lost the trust of Saudi Arabia and other pro-US Arab states, unprecedentedly eroding the US posture of deterrence.

For Netanyahu to embrace Obama’s policies on Iran and the Palestinian issue would spare him the wrath of the White House, but would distance him from Middle East reality, dooming the Jewish State to destruction. 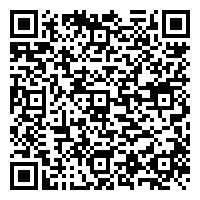