While the Jewish left keeps trying to convince us that most anti-Israel hatred is not anti-Semitism, a new poll has found that a large majority of American Jews see things such more clearly.

The poll, sponsored by the Anti-Defamation League, asked Jews whether certain types of anti-Israel statements or actions are anti-Semitic:

“Comparing Israel’s actions to those of the Nazis” — 70 percent

“Calling for companies and organizations to boycott, divest from or sanction Israel” — 56 percent

Why are these results significant? Because for the past year, the U.S. Jewish left has been fighting against the acceptance of the International Holocaust Remembrance Alliance’s (IHRA) working definition of anti-Semitism. According to that definition, comparing Israel to the Nazis, calling Israel’s existence racist and applying double standards to Israel are examples of anti-Semitism.

Jewish left-wing activists have grown worried because many governments, Jewish organizations and others have embraced the IHRA definition. The Jewish left has good reason to worry since many groups and individuals in their camp indulge in precisely that kind of rhetoric. Being labeled “anti-Semitic” means that their views are illegitimate.

So, in a desperate ploy, they organized several hundred left-wing academics to come up with their own definition, called the “Jerusalem Declaration on Antisemitism.” The Declaration’s extremely narrow wording effectively excuses most anti-Israel vitriol as being just “criticism of Israeli policies.”

Obviously, no reasonable person claims that every single criticism of an Israeli policy is anti-Semitic. But it’s also clear as day to most American Jews that a lot of extreme anti-Israel rhetoric, such as the examples cited above, is indeed anti-Semitic. Most Jews don’t need a legal definition to know, instinctively, that something or somebody is anti-Semitic. We’ve all experienced enough in our lives to know that if it walks like a duck and it quacks like a duck …

This is a problem for several of the leading Jewish left-wing organizations, which in recent months have been edging closer and closer to the positions that most U.S. Jews consider to be anti-Semitic.

Calling for sanctions against Israel, for example. According to the ADL poll, 56 percent of Jews think that’s anti-Semitic. Well, in April, J Street and Americans for Peace Now publicly endorsed legislation that would stop U.S. aid to Israel if the Israeli army arrests Palestinian-Arab terrorists who are younger than 18 years old. That’s what we call a sanction.

And just last week, the head of Americans for Peace Now went beyond that one bill and announced that there should be “U.S. aid reductions” if Israel is guilty of any “human-rights violations.” And who, exactly, will be the judge of what constitutes a “human-rights violation”? The United Nations? Amnesty International? Jimmy Carter? Clearly, the new Americans for Peace Now position is setting up Israel to be sanctioned.

Or the apartheid charge—most American Jews say that’s anti-Semitic, too. In recent weeks, J Street has publicly defended the outrageous Human Rights Watch report that accuses Israel of apartheid. While not directly using the “A” word, J Street has skated right up to the edge, by praising the report for “raising critical concerns,” and declaring that all criticism of the report is “vitriol” and “profoundly harmful to Israel’s survival.”

J Street is now loudly complaining about the rejection of its recent application to join the American Zionist Movement. The J Streeters need only look in the mirror to understand why. Calling for sanctions on Israel and praising those who promote the apartheid smears are the kinds of positions that most American Jews consider anti-Semitic. And not too many Jewish communal umbrella groups are likely to admit an organization that advocates anti-Semitic policies. 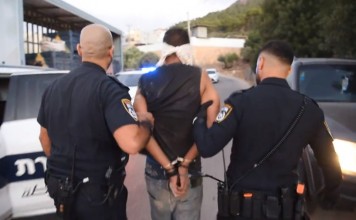 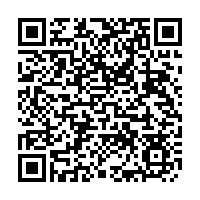