Editor’s Note: This open letter, written by Rabbi Stuart Weinblatt, Chairman of the Zionist Rabbinic Coalition, was recently sent to all major ordaining rabbinic seminaries in the US

We American rabbis write to express our concern about the attitude of many rabbinical students towards Zionism and Jewish peoplehood.


The primary purpose and mission of a rabbinical school is to train individuals who will serve as leaders and educators of the Jewish people. Central to the ability to guide, inspire and lead our people is the principle of ahavat Yisrael—love for Israel/the Jewish people.

We believe that one of the many roles of a rabbi is to support Jews and bring Jews together, especially in times of division, polarization and external threats. Leaders and those who aspire to be future leaders of the Jewish people must possess and model empathy for their brothers and sisters in Israel, especially when they are attacked by a terrorist organization whose stated goal is to kill Jews and destroy the Jewish state.

Yet during Israel’s war with Hamas in May of 2021, at a time when Israel was the target of over 4,500 rockets in an 11-day period, nearly 100 students from America’s rabbinical schools signed a letter harshly critical of Israel. The students went so far as to accuse the State of Israel of abusing her power by responding to rockets targeting Israeli civilians. They also accused Israel of racist violence, suppression of human rights and enabling apartheid in the Palestinian territories. Articles have appeared in recent years describing the distancing of rabbinical students from Israel. The views of these future rabbis do not bode well for engendering support for the fulfillment of 2,000 years of longing for a homeland—the most important enterprise of the Jewish people in our time. Furthermore, this attitude is out of sync with the majority of American Jews, who support Israel and consider Israel an important part of their identity.

We recognize that, throughout the ages, the Jewish people have had a diversity of opinions, thought and practice. However, we have almost always universally maintained our sense of peoplehood, common purpose, shared destiny and support for each other. And while Zionism can be defined along a broad spectrum, Zionism, and the centrality of the well-being of the people and State of Israel, are how this historic unity is manifested today and are essential components of modern Jewish identity.

We believe it is the responsibility of rabbis not to exacerbate or contribute to a divide between American Jews and Israel, but to work to bridge the gap and strengthen the ties between the two largest Jewish communities in the world. While it is not necessary to be uncritical, rabbis should encourage appreciation of Israel’s achievements as well as a greater understanding of her historic quest for peace and the realities she faces.

Rabbinical schools and yeshivot have standards and criteria for admission such as assessment of professional skills and scholarly potential, as well as conforming to the ideology and outlook of the school or movement. Character is taken into consideration, and certain ideas and beliefs are necessarily deemed incompatible and inconsistent with the approach of the school or movement, such as racism and other hatreds.

At a time when Jews around the world are being attacked and feeling vulnerable and threatened on many fronts, rabbis and rabbinical schools must respond to the current challenge of anti-Zionism coming from all quarters by affirming that they uphold the values of Jewish peoplehood and clal Yisrael, and will require acceptance of these principles by candidates seeking admission to your rabbinical seminary.

We want to ensure that future rabbis exhibit a connection to Jewish peoplehood and a belief in the right of the State of Israel to exist and defend herself from those who seek to destroy her. Those who lack ahavat Yisrael, of which anti-Zionism is a manifestation, cross a line and should not be leaders of the Jewish people.

We therefore implore you to consider whether or not a candidate possesses a love of Israel and the Jewish people in your admissions process, and call upon you to include ahavat Yisrael as a criterion for admission. We ask you to affirm and state that you concur that candidates for rabbinical school should evince a sense of ahavat Yisrael and eschew divisive anti-Zionist aims that undercut clal Yisrael, the wholeness of the Jewish people.

This is not a political “litmus test.” Indeed, both in Israel and beyond, Jews have a wide range of opinions on Israeli policy and the role Jews should play in the affairs of the Jewish nation. Criticism of Israel (including on the topic of Israel’s treatment of Palestinians) is legitimate and necessary. However, the ordination of rabbis who harbor anti-Zionist views contributes to the distancing of Jews not just from Israel, but from the Jewish people and Judaism. Adherence to the principles of self-preservation, exemplified in Zionism and in the core raison d’etre of the State of Israel, is critical in order to sustain and lead the Jewish people into the future. As an institution entrusted with the sacred task of training and providing the Jewish world with the next generation of Jewish leaders, we believe you have an obligation to ordain individuals who are committed to these principles.

Finally, we also call upon you to examine and evaluate what your institution is doing in terms of curriculum and programs for study in Israel in order to inculcate a love of Zion in your students.

We write out of respect and love and are happy to engage in a discussion about the issues we raise and look forward to following up with you on this important matter, as we value your role in charting the course of Jewish leadership for generations to come and in strengthening the American Jewish community. 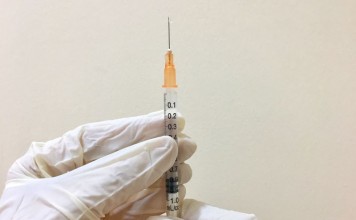 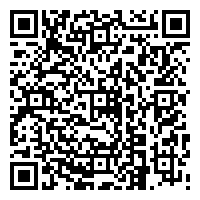