(The following is adapted from President Bush’s speech at the U.S. Holocaust Memorial Museum in Washington on April 18 in commemoration of Days of Remembrance Week.)

Our flags fly at half-mast in memory of 32 souls whose lives were taken at Virginia Tech. That day we saw horror, but we also saw acts of quiet courage. We saw this courage in a teacher named Liviu Librescu. With the gunman set to enter his class, this brave professor blocked the door with his body while his students fled to safety.


On the Day of Remembrance, this Holocaust survivor gave his own life so that others might live. We honor his memory, and we take strength from his example.

The United States Holocaust Memorial Museum is devoted to memory. Inside this building are etched the words of the Prophet Isaiah: ”You are my witness.”

As part of this witness, these walls show how one of the world’s most advanced nations embraced a policy aimed at the annihilation of the Jewish people.

These walls help restore the humanity of the millions who were loaded into trains and murdered by men who considered themselves cultured.

And these walls remind us that the Holocaust was not inevitable – it was allowed to gather strength and force only because of the world’s weakness and appeasement in the face of evil.

Today we call what happened “genocide.” But when the Holocaust started, this word did not yet exist. In a 1941 radio address, Churchill spoke of the horrors the Nazis were visiting on innocent civilians in Russia. He said, “We are in the presence of a crime without a name.” It is an apt description of the evil that followed the swastika.

Mankind had long experience with savagery and slaughter before. Yet in places such as Auschwitz and Dachau and Buchenwald, the world saw something new and terrible: the state-sanctioned extermination of a people – carried out with a chilling industrial efficiency of a so-called modern nation.

Some may be tempted to ask: Why have a museum dedicated to such a dark subject? The men and women who built the Holocaust Memorial Museum will tell you: Because evil is not just a chapter in history – it is a reality in the human heart.

So this museum serves as a living reminder of what happens when good and decent people avert their eyes from hatred and murder. It honors those who died by serving as the conscience for those who live. And it reminds us that the words “never again” do not refer to the past – they refer to the future.

You who are survivors know why the Holocaust must be taught to every generation.

You who lost your families to the gas chambers of Europe watch as Jewish cemeteries and synagogues across that continent are defaced and defiled.

You who bear the tattoos of death camps hear the leader of Iran declare that the Holocaust is a “myth.”

You who have found refuge in a Jewish homeland know that tyrants and terrorists have vowed to wipe it from the map.

And you who have survived evil know that the only way to defeat it is to look it in the face, and not back down. 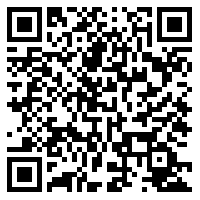