Professors John Mearsheimer and Stephen Walt were in Los Angeles last month, speaking to an overflow crowd of more than 300 people at the Armand Hammer Museum – part of a speaking tour with appearances at World Affairs Councils in San Francisco, Dallas and Washington, D.C., the City Club in Cleveland, forums at the University of Chicago, MIT and Columbia University, the Cambridge Forum in Harvard Square, and media slots on NPR, the Colbert Report, and WTTW-TV in Chicago.

In the Q&A portion of the Hammer Museum program, Rabbi Leonard Beerman, founding rabbi of Leo Baeck Temple in Los Angeles, praised Walt and Mearsheimer for their “admirable” efforts to raise a subject about which (he said) it “is virtually impossible to have a rational discussion” in America (except, one assumes, in Los Angeles, San Francisco, Dallas, Washington, D.C., Cleveland, Chicago, Boston, Cambridge and New York, on television and radio, and in best-selling books).


Then he asked them a question about the Israeli “New Historians”:

Are you absolutely certain that what you’ve said about the New Historians is indeed so? My reading, for example, of their work first of all suggests that Benny Morris has turned completely around . . . but, secondly, they have not said that Israel drove the Palestinians out of Palestine, Mandatory Palestine, in that war – which I myself participated in, incidentally – but that that was one of the factors that led to the creation of some seven or eight hundred thousand refugees; that many of them, maybe even most of them, fled – as I certainly would have fled – simply out of fear . . .

Professor Mearsheimer thanked Rabbi Beerman for his introductory remarks and answered his question as follows:

Actually, the book people should look at is Shlomo Ben-Ami’s book, Scars of War, which I think has an excellent capsule summary of where the conventional wisdom of Israel is on the subject, and I think Ben-Ami’s views are consistent in large part with Morris’ views and Morris’s views are consistent with our views. I think we are basically parroting the conventional wisdom.

The 1988 book, in Morris’s description, “undermined both the official Zionist and the traditional Arab narratives”:

The documents showed that the 700,000 or so Arabs who had fled or been driven from their homes in the area that became the state of Israel in 1948-49 had not done so, by and large, on orders from or at the behest of Palestinian or outside Arab leaders, as Israelis were educated to believe; but, at the same time, they had not been expelled by the Israelis in compliance with a preset master plan or in line with a systematic policy, as the Arabs, in their demonization of Israel, have been taught. [Emphasis added]

Even in 1988, Morris understood that the picture was a complex one – one in which fear, orders from Arab commanders, economic conditions, and general chaos all played a prominent role, as well as the impact of conquering troops. According to Morris:

The picture that emerged [in the 1988 book] was a complex one – of frightened communities fleeing their homes at the first whiff of grapeshot, as they or neighboring villages were attacked; of communities expelled by conquering Israeli troops; of villagers ordered by Arab commanders to send away women, children and the old to safety in inland areas; and of economic privation, unemployment and general chaos as the British mandate government wound down and allowed the two native communities to slug it out. [Emphasis added] 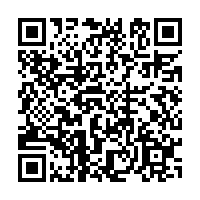