PM Levi Eshkol used to say, “I compromise and compromise until my opinion is accepted.” This was a very level-headed way of working. The “Mapainik compromise” was an approach by which the party’s leaders, through pragmatic reasoning, navigated Israel’s complex web of problems and over time managed unresolvable tensions by synchronizing among them and striving to maintain the momentum of the Zionist endeavor and the state.


For example, a tension existed from the start between the need for the state to sustain a Jewish majority and the aim of controlling all parts of the country. David Ben-Gurion believed this tension that could be contained, and under his stewardship a synchronized equilibrium was established while tending dynamically to the needs of the developing country. Today’s prevailing trend of seeking separation and ultimately a final division of the country as a permanent solution is tantamount to a flight from synchronization.

The controversy here is between those who believe that life is full of tensions and the test of a leader is the ability to contain them, and those who demand that tensions be done away with in pursuit of freedom from contradictions. The Mapainik of the old generation did not shrink from the reality of multiple tensions. He knew that fundamental tensions are not resolved but can be synchronized, with the equilibrium point recalibrated each day. That was how the Mapai leaders dealt with all the great questions, such as the controversy between a socialist economy and a free market and the perpetual tension between religion and state. Even when they raised the banner of one path, they did not espouse it exclusively.

The Histadrut, too—compared to workers’ organizations in other countries— existed from the start within a unique maze of tensions. From the outset, the Histadrut faced a conflict of interest: it was at once an employer owning the means of production, including companies like Solel Boneh and Bank Hapoalim, and a trade union promoting the interests of employees. This tension forged the identity of the Histadrut and the Mapai leadership.

In a seminar at the Israel Democracy Institute, Salai Meridor, former chair of the Jewish Agency and the World Zionist Organization, spoke of his involvement in what became known as the Ka’adan case. When the Ka’adan family demanded the right to buy a house in the community of Katzir, Supreme Court president Aharon Barak turned to Meridor, who was then head of the Settlement Division of the World Zionist Organization, with a request to find a creative solution that would avoid having to submit the issue to the Court’s adjudication. It was clear that a deliberation at the Supreme Court would necessitate setting a legal precedent on a sensitive issue. As Meridor told the seminar, his reply to Barak was unequivocal: “We were always against a Mapainik compromise.”

That response reflects the essential difference between the Mapai approach and the Revisionist Jabotinsky school. It underlines the usefulness of the “Mapainik compromise”: it seeks an equilibrium between tensions, not a once-and-for-all final resolution of them.

In recent decades, under the influence of American models of excellence in management and leadership, the approach has changed. Tensions are perceived as problems to be avoided, a kind of conflict of interest that requires regulation. “Cutting corners” is seen as trickery that avoids making decisions.

Amid Israel’s profound crisis over the past year—involving security, social, economic, and ethical problems rooted in a fundamental, unresolvable set of tensions—what is needed once again is a national leadership with a special capacity for synchronized navigation in the Mapai mode of compromise. Even in the Labor Party that spirit has petered out. 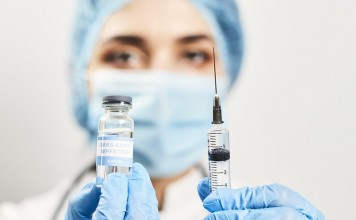 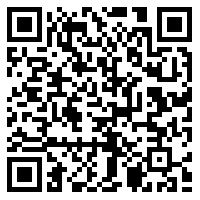