Even though ISIS is almost defeated in Iraq and Coalition Forces are closing in on the murderous terror groups’ last stronghold in Raqqa, Syria, last week’s terror attacks in Barcelona proved that ISIS still poses a major threat to the international community and can strike in the heart of Europe. The danger that ISIS poses to Europe is so great that Barcelona’s Chief Rabbi has urged European Jews to move to Israel for the continent is lost to radical Islam: “Don’t repeat the mistake of Algerian Jews, of Venezuelan Jews.  Better get out early than late.” At the same time, there is growing evidence that ISIS is seeking to find other countries that might be willing to offer them a safe haven.

There is a growing fear that some countries in Asia might become the next Raqqa, Syria. More than 1,000 South Asians supported and lived in ISIS territory. Now, with the defeat of ISIS imminent in Syria and already happening in Iraq, these people are returning to Southeast Asia, where they are creating facts on the ground in support of the brutal murderous terror group that is infamous for going after minority groups and Westerners.

ISIS has recently launched a campaign to take over Marawi City on Mindanao, one of the Philippine’s most-populated islands. According to the Clarion Project, not too long before the Barcelona terror attacks that killed 14 people, a police officer was beheaded, buildings were burned and a priest alongside his congregation were held hostage in the Philippines. Some counter-terror experts have warned that the Philippines could become “the new Syria” if South Asians supporting ISIS continue to flock to the country. Indonesia is also another possible base for ISIS. ISIS already attempted unsuccessfully to transplant their modal of governance to Poso, Indonesia. In Jakarta, Indonesia last month, ISIS threatened a police station.  More recently, ISIS inspired jihadists planned a chemical bomb attack on Indonesia’s Presidential Palace.

And now, there are reports that ISIS is increasingly making gains in Bangladesh. Although Sheikh Hasina pretends to be secular and to be opposed to ISIS, dissidents active in the country claim that in reality, she has permitted ISIS to act covertly within Bangladesh against the Hindu community, whom ISIS considers to be polytheist infidels. “ISIS has forced Hindus to flee from their ancestral homeland,” Shipan Kumer Basu, the head of the Hindu Struggle Committee, stressed. “There is massive land grabbing, torture, rape, murder, the destruction of Hindu temples and gods, the threatening of Hindu priests and even the killing of Hindu priests. It is all the handiwork of ISIS jihadists. Forced conversion is another ploy to diminish the minorities. Forcefully, they have converted many Hindu women and girls.”

Earlier this year, ISIS took responsibility for a man blowing himself up at a police checkpoint near Bangladesh’s International Airport. ISIS also claimed responsibility for killing a Hindu priest one year ago, for the Dhaka Café siege and numerous other incidents.  However, in recent times, there have been other attacks upon minorities in Bangladesh and ISIS has chosen not to take responsibility, preferring to merge with local Islamists in the country: “Due to this, they have kept up their dreadful activities at ease. Even if an arrest is made, it is classified as a local minor incident and small charges are made against the terrorist. No stringent anti-terror law is applied. Dr. Abul Barakat, a Dhaka University Professor, said that if the cleansing of minorities continue in the present way, there will be no more Hindu minorities left in Bangladesh in 30 years.”

Given this reality, a plan should be developed in order to combat ISIS globally.  “We don’t need to fight against ISIS only in Syria and Iraq,” Mendi Safadi, the head of the Safadi Center for International Diplomacy and Public Relations, proclaimed. “We need to fight against the cells of the terror group in every place in Africa and the Far East, especially when it is known that a host country is giving them shelter. Bangladesh is likely to turn into a terrorist state, who will launch terror attacks for the murderous terror organization if the international community does not get involved and doesn’t prevent these violations of human rights. We are likely to see the creation of ISIS terror operations in Bangladesh.”

The question is, what are the implications of ISIS spreading its tentacles into Asia for Israel?  Any place that offers a base to ISIS to wage its terror attacks poses a security threat for the entire international community including the State of Israel.  Although countries like North Korea and Pakistan are not geographically close to Israel, their cooperation with Iran especially on Iran’s nuclear program, poses a direct threat to Israel’s national security.

The radical Islam disseminated by ISIS from any location in the world likewise threatens both the State of Israel and the Jewish Diaspora, who can fall victim to either ISIS terrorists based in Asia who use these countries as a base of operations in order to attack Jews, Israelis and Westerners in general or to locals in Europe and Israel who were exposed to the incitement coming out of ISIS bases in Asia.  Therefore, it is very important for Israel to cooperate with Asian countries in order to ensure that the murderous terror group does not find a base of operations within the continent. 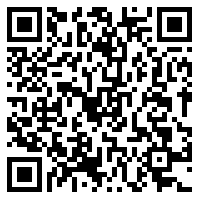