Last week, in Israel, I committed a flagrant violation of international law. This “war crime” consisted of placing a note asking for “peace, salaam, shalom” in the Western Wall, Judaism’s holiest site. The reason the note requesting peace constituted “a flagrant violation of international law” and a “war crime” is that the United Nations Security Council, in a Resolution adopted in December 2016, declared that all areas captured by Israel during the 1967 War are illegally occupied territories. That includes the Western Wall, the Jewish Quarter of the Old City of Jerusalem and the access roads on Mount Scopus to the Hebrew University and Hadassah Hospital.

Former US President Barack Obama demanded that his permanent representative to the United Nations not veto this one-sided, wrong-headed, ahistorical, bigoted, and anti-peace Resolution. Obama changed American policy by allowing such a resolution to be enacted by the Security Council as revenge on Israel’s Prime Minister Benjamin Netanyahu, who, quite correctly, opposed the very bad deal Obama made with Iran enabling it to develop nuclear weapons.

Although Obama himself had once stood in front of the Western Wall and placed a note in it, he now apparently regards Judaism’s holiest place as territory illegally occupied by Israel. He is dead wrong, but that does not change the Security Council Resolution.

So now I, and doubtless many others, have not only willfully and deliberately committed a violation of international law, we are also guilty of a war crime, because building or using civilian structures on illegally occupied territory is a war crime; and Israel built, and I used, the promenade in front of the Western Wall after Israel recaptured it during a defensive war.

Let me be clear: I intend to commit this crime during every visit to Israel. Call it an act of civil disobedience, or call it an act which simply recognizes the absurdity and illegality of the Security Council Resolution, despite its passage and lack of veto by the United States, which abstained.

The United States abstention was designed to give the Obama administration political cover at home. It could claim that it did not vote for the Resolution. But it did much more than vote for the Resolution. Obama, himself, engineered the Resolution. He pushed it through the Security Council despite some reservations by other members, including Egypt, which believed that the Resolution itself could become a barrier to a negotiated two-state solution. After all, if Israel’s control over Judaism’s holiest site is deemed illegal, then Israel would have to negotiate its legality with the Palestinians. This would give the Palestinians an incomparable bargaining chip. As a former Prime Minister of the Palestinian Authority once rhetorically asked me, “How much would Israel be willing to give up to get back its most important religious shrine?”

Israel will never accept the Security Council Resolution. Nor should any decent person. I certainly do not, and will continue to violate it during every visit to Israel, by putting notes in the Western Wall, eating kosher falafel in the Jewish Quarter and driving on the access road to Hebrew University, and if I need to, Hadassah Hospital. I urge all visitors to join me in a conspiracy to violate the Security Council Resolution.

These Jewish areas were illegally occupied by Jordan between 1948 and 1967 and lawfully recaptured by Israel in a defensive war, started by Jordan when it fired mortars at civilian targets inside pre-1967 Israel. During the Jordanian occupation, King Hussein engaged in war crimes by ordering the destruction of ancient synagogues, burial places and other historical sites and by “ethnically cleansing” this historically Jewish area of all Jews. Yet there were no United Nations Resolutions, campus protests or other organized shows of opposition by the international community. Only after Israel liberated these historically Jewish areas, did the world, and Obama, decide — in violation of international law — that they were illegally occupied.

Declaring the Western Wall to be illegally occupied territory is akin to declaring the Vatican, Mecca or other religious, holy sites to be occupied by those who pray at them. The Western Wall is lawfully part of the nation state of the Jewish people. It will remain so as long as Israel exists. If there is to be any hope of peace between Israel and the Palestinians, the world must recognize that historic, moral and legal reality. 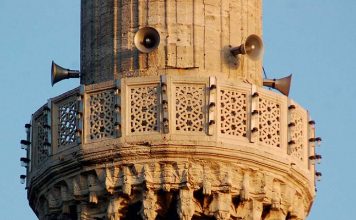 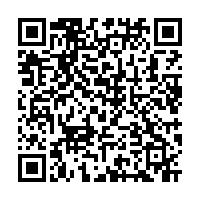