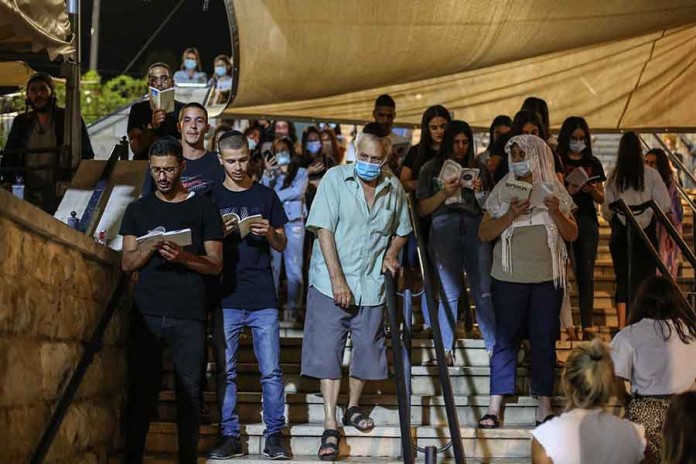 With Rosh Hashanah approaching, I’ve been reflecting. Two and a half years ago, my wife and I had the incredible privilege to make aliyah and move to the beautiful but completely secular community of Lavon in northern Israel. Those who are familiar with my writings know that we moved there in order to make a difference. By living in harmony with our non-observant brothers and sisters, avoiding judging them, and befriending them as they are, we hoped to eventually bring more respect and appreciation for Jewish mesorah and learning.


We had some success while encountering some strong animosity. But two months ago, after being able to do almost nothing for half a year – only partially because of the virus – we decided to invest our energies elsewhere.

I could write at length about why we came to that conclusion, but it really came down to one basic fact: The majority of Israelis (and non-observant Jews everywhere) are simply not interested. They are not anti-religious (although they have way too many legitimate gripes about the behavior of too many religious Jews). They are not mean-spirited. They simply feel that they have fine values, morals, and ethics and don’t need outdated religious ideas to enlighten their lives, thank you very much.

We in the Orthodox world tend to look at them with a mixture of compassion, incredulity, and even some pity. We feel bad that they are missing out on the warmth of Shabbos, the majesty of Torah learning, the beauty of an observant community, and the closeness one can feel to Hashem during davening.

We hear stories of baalei teshuvah who describe feeling empty before finding the beauty of Torah, and so we approach outreach believing that if we just found the right way to show them the beauty of Torah, we will be able to touch their neshomos and they will come back.

While, of course, that approach sometimes works, most non-observant Jews don’t see our efforts as we do. Not only does outreach not touch them positively; they look on us as “missionaries” who come to threaten their way of life and turn their children away from them. Any hint that their way of life lacks something is seen as offensive and hostile, no matter how it’s sugar coated.

So with a heavy heart, we came to the conclusion that the likelihood that we would have any meaningful impact in Lavon over the next 10 years was minimal, and therefore little justified staying in a community with no minyan long term. So we left Lavon and will be writing the next chapter of our lives in Migdal HaEmek, where I lived many years ago.

But I have been thinking a lot: What might we have done differently? A conversation with some of my new neighbors in Migdal HaEmek provided an answer that is summarized well by the Chafetz Chaim in his beautiful book Ahavas Chessed, in which he extols the importance of kindness.

He reminds us of Avraham Avinu, who excelled primarily in performing acts of kindness, which is why he was chosen to be the father of the chosen people (Bereishis 18:19). He then writes:

“In our time, when the middas ha’din is ascendant in the world…we certainly should increase our effort to engage in chessed…. In Egypt, the way the Jews merited redemption was to come together and act kindly towards each other, and also to serve their father in heaven with Torah.”

Based on this source, my experience, and the experience of my new friends in Migdal HaEmek, I believe the right way to do outreach to most Jews is not to focus on Torah or observance or Shabbos or coming to shul or anything else “religious.” The right way is to focus primarily – and, with some, exclusively – on doing chessed.

To be as good a neighbor as possible. To be friendly and helpful and to have no expectations that your neighbor will change his or her observance in any way. To give and to love. Period.

To see to it that “the name of G-d will become beloved through you by possessing an exemplary character that people come to admire (Yoma 86). To model the Torah’s bein adam l’chaveiro values, to become a splendid mensch. That, and only that, is the path to win hearts and minds over to our way of life.

Some of the outreach sponsors I have worked for have demanded monthly reports in which they wanted to know how many people started observing Shabbos and at what level, whether they still shave with a razor and whether they wear a kippah publicly, etc. In my opinion, this approach is wrong. It misses the mark and is counter-productive.

Our focus should be on creating relationships and good feelings, and let Hashem bring them along when they want to explore more.

If only we had focused more in Lavon on finding opportunities to do chessed and less on trying to get people to come and learn when they had no interest. If only we had run an after-school program to help kids with their homework rather than get them to come to a Chanukah program. If only we had delivered meals to those who could use them rather than fruitlessly trying to invite them to Shabbos meals they found threatening.

When I discussed this topic with my daughter Ashira, she said, “What do you mean? The frum community has amazing chessed organizations!” Of course, she’s right. But I dare say that with a few notable exceptions, these organizations mostly help fellow frum Jews.

We all sense that we are living in momentous times and that the end may be near. So we need to pull together our brothers and sisters with ropes of love (as in the famous formulation of the Chazon Ish). Let’s find our fellow Jews and love them. Period.

Let’s remember the glorious example of R. Levi Yitzchak of Berdichev who – while being an astounding Torah scholar – worried not about how observant other Jews were but how to be kind to them, assured that the rest would follow.

If we pursue kindness with people – sincerely with no expectation of anything in return – Hashem will eventually fill their hearts with love and appreciation for Him and His Torah. 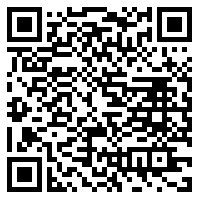