{Written by Amnon Lord and reposted from the Israel Hayom website}

In a 2-to-1 decision, the International Criminal Court recognized the Palestinian territories as a state. What would happen if one of the justices changed their mind? Would the PA no longer be a state? This, of course, demonstrates the absurdity of the court: A body is either a state or it isn’t.


This is not a matter for long-winded debate. Neither the decision nor its timing is surprising. It is one of the first bad outcomes of the changing of the guard in Washington. In Israel, officials waited for a ruling for over a year, although it gradually became clear the court had been deterred by the US.

ICC Chief Prosecutor Fatou Bensouda even alluded to this deterrence in interviews. As soon as former US President Donald Trump’s administration was gone, and members of Joe Biden’s administration had given their first policy speeches, officials at The Hague received the message and embarked on their anti-Israel activity. The same was true of all the other negative players in the Middle East, including Hezbollah, the Palestinians, and Iran.

Biden’s Democratic administration isn’t hostile to Israel, it’s simply anti-Israel. Its anti-Israeli stance is demonstrated in the two-faced scam that confuses Israelis and American Jews. This is done through the international orientation of the administration, which has been called former President Barack Obama’s third term. This internationalism is concealed behind the declaration that “America is back.” In the distant past, when a White House, whether Republican or Democrat, was hostile, their policy was clear: Americans preferred their own oil-based interests that kept the Arab states on their side and away from the former Soviet Union. Israel knew its place on the food chain of American imperialism.

This two-faced posture, however, is a clear characteristic of recent Democratic administrations. Bolstered under the Obama administration, it is now in high gear. The Americans voice their support for “Israel’s security” while undermining its global status through international organizations. They place Jewish diplomats like US Secretary of State Antony Blinken and former US envoy to Israel Dan Shapiro, at the forefront of this effort. At the same time, though, the administration leaks that a Jewish supporter of the American Israel Public Affairs Committee appointed to a senior White House position is suspected of dual loyalty.

It is clear the latest development, although far from the prosecution of Israeli leaders and officers at The Hague, means Israel once again faces an uphill, international struggle. This struggle proves that even an institution that should be part of an advanced international reality that defends countries like Israel can be turned into an anti-Israel tool by our enemies. Ever since the 1975 UN resolution that determined Zionism was racism, Israel has been under the constant threat of legal warfare. A document published by the International Crisis Group, until recently headed by the current US special representative for Iran, Robert Malley, explicitly recommended the incoming administration use international organizations like the UN to pressure Israel. The ICC fits that bill. Another of Malley’s recommendations: Make Israel’s citizens realize there is a price to pay for the “occupation.” With a friend like Biden in the White House, Israel can expect to be on its own. 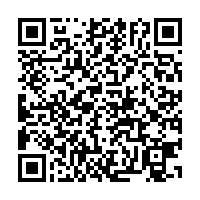