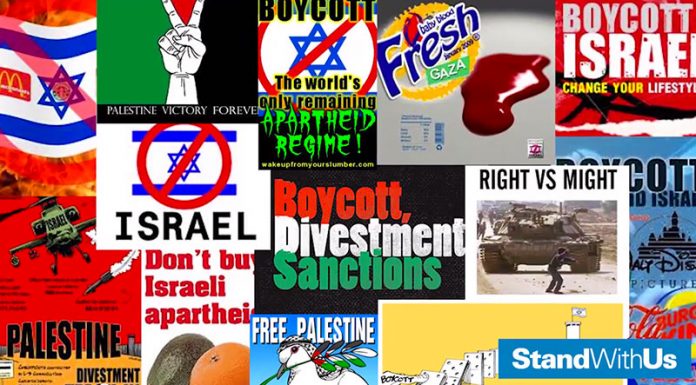 U.S. Vice President Kamala Harris outrageously responded on Sept. 28 to a George Mason University student accusing Israel of committing “ethnic geocide” by saying, “… [Y]our voice, your perspective, your experience, your truth, should not be suppressed.”

Conservative Rabbi David Wolpe aptly reacted: “Madame Vice President, the idea that Israel has committed genocide against the Palestinians is not someone’s truth; it is someone’s lie, whether they know it or not. And it is pernicious, destructive and should not be elided or ignored by the highest officials in the land.”


The failure of the vice president not only to condemn the student’s anti-Semitism, but legitimize it illustrates why the phenomenon is rapidly rising on college campuses and elsewhere, resulting in more than half of all religious attacks in America being perpetrated against Jews.

In a recent class at a college in Florida, the professor asked the students to name a country. A student with an Orthodox-Jewish background named Israel. Another student objected, stating: “No, it’s Palestine.” Rather than pointing out that Israel is, in fact, a country, the professor remained silent.

At Tufts University in Massachusetts, heavily attended by Jews, a mezuzah was removed from the door of a Jewish student while he was in his dorm room, leaving him fearful for his safety.

Other examples abound, which show just how rampant anti-Semitism has grown. It is obvious that whatever has been done by pro-Israel organizations to fight such anti-Semitic bullying has failed to deter it, and that it’s only getting worse. A new approach is needed and can be successful. The fact is that most Americans are pro-Israel.

True, the anti-Semites in Congress, such as Rashida Tlaib, are a growing minority, as was seen in the Iron Dome vote. The vast majority of Americans and members of Congress support Israel, but are not taking action to remove Tlaib from Congressional committees. In other words, bullying by the minority is silencing the majority.

An amazing success occurred in the fight against anti-Semitism in Burlington, Vermont when its City Council received 2,000 e-mails opposing a pro-BDS resolution and only about 10 in favor. The City Council went from a solid majority of seven votes in favor to tabling the resolution, after the mayor came out against it, as well.

The solution to bullying has always been to stand up to the bullies. A student at Columbia University, probably the most notorious campus dealing with attacks on pro-Israel students, told me recently that many pro-Israel students are afraid to speak up, as they don’t want to be attacked by the anti-Semitic bullies.

When I wrote a pro-Israel op-ed in the Arizona Republic, I was sent vicious e-mails, including by one respondent who said that he prayed for my death. The haters do not care about the facts, but most Americans do care about them.

Two years ago, I was asked by USA Today to write an op-ed on Tlaib, knowing that I was going to call her an anti-Semite. Unfortunately, around two hours later, the editors changed their mind and asked ADL CEO Jonathan Greenblatt to write the piece about her. He wrote that she wasn’t an anti-Semite, despite her support for BDS and opposition to the existence of the state of Israel.

I was once on a libertarian radio show in Phoenix hosted by Charles Goyette, during which a caller said that he supported bus bombings in Israel as a response to the “occupation.” Instead of trying to explain to this anti-Semite that Israel is not an occupier, I said that it’s hard to discuss this issue rationally with him, because I oppose blowing up babies and he supports it, which is immortal. Not able to respond, he was silent.

The anti-Israel students on campuses supported Hamas firing more than 4,000 missiles at Israeli civilian sites in May, to murder as many Israeli children as it could. Reps Tlaib and Cory Bush made their anti-Semitism clear with their false statements claiming Israel is an apartheid state and opposing Israel’s right to protect its citizens, including babies, with the Iron Dome missile-defense system. Like the caller to the radio station, they support the murder of Jewish babies.

The anti-Semites have brought in organizations run by self-hating Jews like Jewish Voice for Peace, IfNotNow and the Neturei Karta, to show that if Jews support them, they can’t be anti-Semitic. Organizations like J Street have gone from claiming to be advocates for Israel to supporting legislation to cut aid to the country.

J Street’s backing of Democratic Congressman Andy Levin’s proposed legislation calling eastern Jerusalem “Palestinian-Arab land,” despite its being territory that Israel won from Jordan after victory in the Six-Day War in 1967. It should be noted that if you support Palestinian Authority sovereignty over eastern Jerusalem, as J Street does, it means you support the end of Jewish prayer at the Western Wall, for example. The P.A. not only opposes Jewish prayer in its territories, it also legislated a “pay for slay” policy to give reward money to those who murder Americans and Jews.

Just because the above organizations claim they are Jewish does not and should not allow them to protect the anti-Semites from being called anti-Semites. According to a 2019 Gallup survey, American Jews are 95 percent pro-Israel, while organizations like J Street don’t represent the views of American Jews. As such, it shouldn’t be treated on campus as a legitimate Jewish organization, just as it was excluded from the Conference of Presidents of Major Jewish Organizations.

We must stand up to the anti-Semitic bullies by speaking up and going on the attack. Doing so will enable us to change the entire dynamic. Others will join our side.

Like all bullies, anti-Semites on college campuses can be defeated, but only when Jews make it clear that we will not be intimidated, and will speak up for ourselves and for Israel. If we do this, college administrators, and eventually even professors, will no longer be intimidated either.

We must take the lead in this fight. As Hillel says in Pirkei Avot/Ethics of the Fathers: “If I am not for myself, who will be for me?” 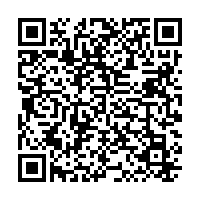