On Friday, June 26, I sat in a Toyota dealership watching the TV news while my car was being serviced. The story of the day was the Supreme Court’s ruling guaranteeing the right of same-sex marriage in all fifty states.


While watching the extensive coverage, I was struck by a peculiar thought: Together with Torah-observing Jews across the U.S., I had just become part of the counterculture. I was rather taken aback by this realization. After all, I don’t exactly look countercultural. However, isn’t that exactly what I – and all Torah Jews in the U.S. – had just become?

The Supreme Court ruled that no state can prevent same-sex couples from getting married. The premise on which this ruling stands is that there is no difference between heterosexual and homosexual relationships.

While the Torah and Jewish tradition require us to treat every human being with respect and dignity, they are unambiguous in prohibiting men from engaging in homosexual intimacy (Leviticus 18:22 and 20:13). In a similar vein, rabbinic tradition teaches that women are also prohibited from engaging in same-sex intimacy based on Leviticus 18:3 (also see Shulchan Aruch Even Ha’Ezer 20:2).

With this Supreme Court ruling, an element of the value system governing the lives of all Orthodox Jews now runs counter to the values of the society in which we live.

My sense of wonder at being a member of the counterculture was put on hold, however, when one of the people interviewed on the news remarked, “Now that the Supreme Court has issued its ruling, I hope people will go home and rethink their value systems.”

I have no doubt the Supreme Court’s ruling will in fact cause many of our fellow citizens to re-examine their value systems. As Torah-observing Jews, however, should we re-evaluate ours? The answer, of course, is No. The Torah is the instruction manual God gave us so that we know how to operate in our very complex world. Those instructions are eternal, and while cultural trends around us may change, the Torah’s rules do not.

But how do we find the strength to maintain our value system in its entirety when one of its principles runs counter to a cause now championed so strongly all around us?

The answer, I believe, is that we need to recognize that while it may have taken the Supreme Court’s ruling for many of us to realize we belong to the counterculture, much of our value system as Orthodox Jews has in fact been out of sync with our surrounding culture for some time now.

If being at odds with society’s values regarding marriage equality has not caused us to re-evaluate our Torah-based value system until now, the Supreme Court’s same-sex marriage ruling should not do so either.

Eishes Ach – According to the Torah, can a man marry his widowed sister-in-law (i.e. his deceased brother’s wife)? That depends on whether his brother and sister-in-law were blessed with children before his brother died. If they had no children together (and several other details line up as well), the Torah allows for yibum/levirate marriage. If they did have children, the Torah prohibits such a marriage from taking place (Deuteronomy 25:5).

Is that value in sync with U.S. law? Does any state ask a couple applying for a marriage license whether the wife-to-be is the widowed sister-in-law of the groom-to-be? If the answer is Yes, does any state follow up by asking whether the widow and her late husband had been blessed with children?

Machzir Gerushaso – Let’s say David and Sarah were a couple whose marriage unfortunately ended in divorce. If they later reconciled, can they remarry one other according to Torah law? That depends on whether Sarah had gotten married to another man after her divorce from David. If Sarah married no one else, she and David can remarry according to Torah law. However, if Sarah married someone else after her divorce from David – and was then widowed or divorced – the Torah prohibits them from remarrying one another (Deuteronomy 24:1-4).

Kohanim – Due to the privilege kohanim have of serving in the Beis HaMikdash, the Torah tells us they have additional restrictions on whom they can marry (Leviticus 21:7). Kohanim clearly have a more limited pool of potential spouses than all other Jewish men.

Is that value in sync with U.S. law? Do any of the fifty states ask a couple applying for a marriage license whether the groom-to-be is a descendant of Aaron, the first biblical high priest? If the answer is Yes, does any state follow up by asking whether the wife-to-be meets the biblical criteria of who a kohen can marry?

Of course, not one of America’s fifty states asks any of the questions raised above, because no state objects to such marriages – but the Torah absolutely does. As such, Torah-observant Jews have already been countercultural when it comes to marriage equality, yet this has not caused us to re-examine our value system.

Life is certainly less complicated when our traditional Jewish values are in sync with those of society. As Torah-observant Jews, however, we recognize God’s Torah – not our surrounding culture – as the source of our values. Our Torah-based value system is a constant, and remains intact regardless of how at odds some of its values might be with those of society. Thus, when a conflict arises between the two systems, as Orthodox Jews we do not re-evaluate our Torah-based values. This is exactly how we have been conducting ourselves until now, and it is that same course we will take moving forward.

So when it comes to marriage equality (and many other matters), Torah-observing Jews have indeed constituted a counterculture for quite a while already. As such, despite the hope of the individual I saw interviewed on the news, the Supreme Court’s ruling, regardless of its landmark nature, should not make the slightest difference to our value system.

We will continue to look to the Torah as our eternal guidebook as we navigate our way through our ever-changing world. 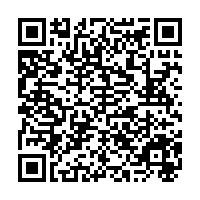