The Renaissance scholar Johannes Reuchlin accomplished something astonishing for which Judaism owes an enormous debt of gratitude. However, unfortunately there is insufficient common awareness of his magnificent contribution which entailed waging a battle against the burning the Talmud, the Zohar and other quintessential books of Jewish learning.

This occurred in the 15th century at a time that was critical to the development of Jewish learning insofar as it was immediately subsequent to the development of the printing press. The books in addition to the Talmud and Zohar (embodying Kabbalist thought) included works by such Jewish influential intellectual heavy hitters as Rashi, Nachmanides and Ibn Ezra. This rescue also opened the door to a significant Jewish influence upon secular learning in the humanities as well as the sciences in the centuries that followed.


The whole crisis began when a Jew by the name of Pfefferkorn abandoned his faith converting to Christianity began his crusade against Jewish learning. He followed his abandonment by proclaiming that the Jews produced inflammatory literature against Christianity. He then waged a crusade to have the Talmud and Zohar burned along with these other valued works. We do not know much about Pfefferkorn, but it is reported that early in life he was a convicted thief and became as so often happens in such cases an ardent enemy of his own people. Pfefferkorn’s accusations finally captured the attention of Pope Leo. X. who backed by the Dominican order of Cologne solicited the German Emperor Maximillian to have the books set to flames.

Johannes Reuchlin (1455-1522), an eminent acclaimed scholar and attorney of the time (wrote about Hebrew language and works written in it) then volunteered his representation of the Jewish people and prepared a most compelling defense. The defense firstly asserted the rights of the Jews to worship as they judged fit being citizens of the Roman empire, (foreshadowing arguments utilized several hundred years later in the American Revolution), but also strongly defended them on grounds that their works contained matter of high scholarly value . He further urged the establishment of two Hebrew chairs be at every University. In his defense he maintained that interpretations by non-Jews too often pay inadequate attention to the fact that the use of language in such works is metaphorical or allegorical, and that a literal reading distorts their full sense. Further there are parts in the content in these works that may not fully be grasped thereby leaving insufficient grounds to condemn them. This is especially true of the Zohar which Reuchlin believed contained important insights that would be of value to all of humankind.

He defended this in his classic work Augenspiegel (Eye glasses) to which Pfefferkorn aided significantly by his supporting Church theologians responded in his work Haggenspiegel (Burned glasses). Ultimately Pfefferkorn summoned an inquisition leading to the unexpected result that the books were spared; Reuchlin’s defense had reaped its results. Aligning themselves with Pfefferkorn were such institutions as the universities of Paris, Mainz as well the mentioned Dominican Order of Colone. Aligned with Reuchlin were certain theological seminaries such as the University of Vienna, a number of cardinals and bishops and the Elector of Saxony. Ironically the legal battle concerning these books created a series of events leading to the Reformation and the creation of the Protestant religion led by Martin Luther (who as we know later turned angrily against the Jewish people). This caused Reuchlin to pay the price of enduring significant condemnation and punishment including the ultimate placement of his own works on the Index.

One may ask what may have inspired Reuchlin to take such a bold morally high minded course of action. It is here that the character of the well acclaimed Jewish scholar Rabbi Ovadiabe Sforno entered the picture whose interaction with Reuchlin became the latter’s central influence in his passion for understanding Jewish ideas. Reuchlin in seeking to gain an in depth understanding of the Hebrew language was urged by the Catholic theologian Domenico Grumdani to learn under Sforno. Significantly Sforno himself was a kind of Renaissance scholar who was highly regarded in such diverse fields as mathematics, law and medicine. His commentaries are familiar to many, embodying an orientation based upon astute philosophical analysis as well as a great knowledge of language. Further Sforno through Reuchlin became acquainted with numerous influential persons (e.g. The then current Pope Leo and emperor Maximillian) of the time, including King Henry all of France. Additionally as a pursuer of knowledge Reuchlin although he valued all these books was particularly convinced that the Zohar contained something of extraordinary high value to the intellectual and spiritual development of all of humanity.

There is another related dimension to Reuchlin’s contributions, namely, through the influence of the Kabbalah in the sciences. In this connection Reuchlin brought to his studies of Kabballah a mathematical component related to Pythagorean thought. He attempted to apply this to universal religious themes found in his work De Verbo Mirifico (miracle working word) and ultimately in his final work, De Arte Cabalististica, sided with the Jewish perspective in the embodied dialogues. A century later Isaac Newton as well as Leibnitz who were ardent students of Kabballah developed calculus (with its emphasis on the infinite also basic to Kabbalist thought), the mathematical tool which lay at the foundation of physics thereafter. In 2012 the National Library in Israel digitized the records it had acquired from Abraham Yahuda who purchased them in a 1936 Southerby auction. These records show that Newton who took the trouble to learn Hebrew in studying the Kabbalah believed that nature was written in mathematical language with a special role for calculus. Moreover the book that was found in his library “Kabbalah Denudata” was a product of a line of Germanic works where Reuchlin’s own works were a significant influence.

It may, therefore, be said that in addition to saving the sacred books for Jews for future generations, Reuchlin opened the door to a revolution in the world of science by establishing a vital connection with productive ideas in Kabbalistic thought. Let us hope as Jews and members of the human community that we reserve a special place in remembering his name and contributions in the future. 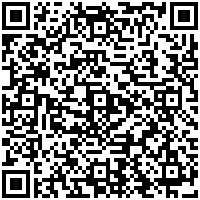