So here we are again.

Where we were before, I don’t know, but we are definitely here now. Yes, I’m talking about Joe Biden.


The Joe Biden who is suddenly the champion of civil rights, the great cheerleader for diversity and inclusion and all these fancy words that Democrats say but don’t practice. It’s not the first time I’m telling you. The Democrat Party should rename itself the Hypocrite Party.

They can shout their slogans all they want, and claim that Joe Biden is their hero and freedom fighter and every title you can think of, but the truth of the matter is that Biden was always a bigot, and still is.

Biden is the consummate politician, able to speak out of every side of his mouth, and keep his real beliefs hidden. Try to bring up with him that he was the author of the “Biden Crime Bill” in 1994, which up until recently was a fact he was very proud of, and he will quickly wish you were in one of the prisons that he was responsible for building. Everything that the Democrats cry about with the bias against brown people who make up such a large percentage of the prison population is directly related to Joe Biden’s doings in the 90’s.

It’s not that hard to find out that what I am saying is true. It’s called Google. I try to avoid it as much as I can, but it’s useful to excavate the two faced lies of our Commander in Chief. I mean, no one can have such a complete transformation. It’s like he is born again — and everything that he believed in the past is the product of some different person.

Everybody knows that all Biden’s expressions of solidarity with other races was merely a ploy to get in office.

His decades-long insistence on “tough on crime” legislation can’t be explained any other way. The fact that the progressive wing of his party overlooks it, just goes to show that they will throw their own principles in the trash to get a chance to grasp at the strings of power.

The hypocrisy runs even deeper because their esteemed vice president Kamala Harris whom they secretly wish was already taking Joe’s place, she herself had a terrible record on crime, sending small time drug offenders away for lengthy sentences in her home state of California where she reigned as Attorney General. She was a bulldog then, and will be a bulldog if she ever became President, disregarding the fact that she couldn’t get even one percent of Democrat primary voters to get behind her.

You don’t hear much of her nowadays, especially that the Southern Border which she was tasked with attending to is an unmitigated fiasco. Where are all the human rights activists now? They must have spent all their energy and willpower screaming at Trump, and don’t have the follow through to actually deal with the problem, now that their allies are in charge. More hypocrisy. Same can be said with all their screaming about Israel.

I could tell you this, you won’t ever see me eating a Ben & Jerry’s again. They are the worst of the worst. The Ku Klux Klan are preferable to these self-hating Jews, whose ideas of morality and justice are so twisted that no amount of ice cream served with a smile could ever mask.

No wonder they come from Vermont, the state of that other all-time great Jewish hypocrite, Bernie Sanders. It’s time to boycott the boycotters. As always, there is much more to say, but I gave you enough to think about, and I don’t see any of you sending me any gifts for all my efforts. You still have time to redeem yourselves by sending me a couple dollars. 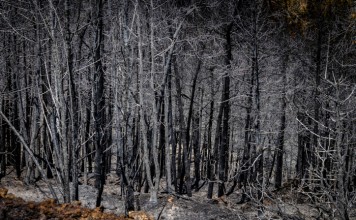 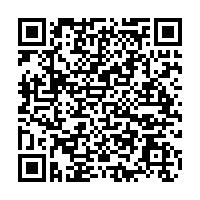