November 29 marks the day that, in 1947, the international community voted in favor of partitioning the former British Palestine Mandate into an Arab and a Jewish state. However, 71 years on, Europe and the west is struggling with the acceptance of a Jewish State of Israel.

In 1947, the reestablishment of a Jewish homeland was widely perceived as a just solution to unjust Jewish national homelessness. In 2018, a Jewish nation-state is increasingly seen by many self-appointed human rights advocates as an “unjust problem.”

A recent CNN survey on antisemitism reveals that merely 54 % of Europeans say that Israel has the right to exist as a Jewish state. Ever since Israel pushed back the Arab aggression in 1967, self-appointed human rights champions have argued that the main problem is a Jewish presence in Judea and Samaria. The new comprehensive CNN survey shows that much of the supposedly liberal West has still not come to terms with the existence of a Jewish nation-state.

Ironically, outside of the Middle East, supposedly liberal Western European democracies lead the delegitimization against the sister democracy Israel. This wave of anti-Israel radicalization is also increasing among the younger generations of American leftists. When it comes to Israel and Jews, much of the West has regressed since November 1947 when Western democracies overwhelmingly voted in favor of welcoming the first Jewish state in 2000 years.

The end of the Cold War gradually ended Israel’s political isolation. The Jewish state has today solid relations with important non-Western powers like China, Japan, India, Russia and Brazil. An increasing number of Arab and Muslim states are developing relations with Israel.

This does not mean that Israel has become an equal member among the family of nations though. Israel is the only country in the world whose capital is not recognized by the majority of the world’s nations. At the UN and other international forums, the Jewish state is singled out for more condemnation than the rest of humanity combined. Double standards are systematically applied against the Jewish state and the Jewish people. Ancient Jewish history in Israel is systematically denied or falsified. Israel is regularly condemned for defending herself against enemies seeking her destruction.

Western leftist “human rights” warriors are more concerned about the well-being of Hamas terrorists in Gaza than about hundreds of thousands of slaughtered civilians in Syria, Iraq or Yemen. Liberals, who demand the establishment of a 22nd Arab state, increasingly demonize Israel as “racist” for defining itself as a Jewish nation-state.

Many Western liberals insist that the free world has learned the lesson from the Holocaust. The latest CNN survey on antisemitism suggests differently. Approximately one third of more than 7000 surveyed people in seven European countries believe that Israel uses the Holocaust to justify its actions. Just one in five disagreed. The countries included in the survey are France, Britain, Germany, Sweden, Austria, Hungary and Poland. On average, one third of Europeans also believe that Israel’s supporters use accusations of antisemitism to shut down criticism of Israel. Approximately 20 % of the Europeans blame Jew-hatred on the behavior of the Jewish people. More than a quarter of the surveyed Europeans believe that Jews have too much influence in global finance and business.

These numbers reveal that anti-Semitic stereotypes are not disappearing anytime soon in Europe. Despite annual high-profile public Holocaust remembrance events throughout Europe, one third of the surveyed Europeans admit that they know little or next to nothing about the Holocaust.

Like many other nations worldwide, European states benefit greatly from technological and security-related cooperation with Israel. While Israel is increasingly recognized for its disproportionate contributions to humanity, the idea that the Jewish people deserves its own state in its ancestral homeland is no less challenged today than 70 years ago. 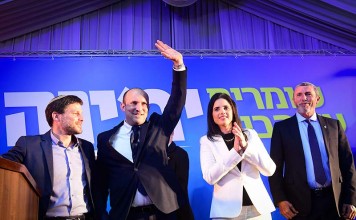 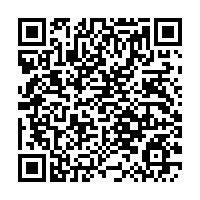