The Zionist Organization of America has extensively documented SJP’s anti-Semitic activities. It is thus deeply disappointing that during her speech at the United Nations “anti-Semitism” conference on September 7, U.S. Ambassador to the UN Samantha Power failed to even mention the term “Muslim” or “Islamic anti-Semitism” –which happens to constitute a major portion of the physical and verbal anti-Jewish attacks.

She also never mentioned the critical role of the SJP and Muslim campus groups in committing hate crimes and harassment of Jews, encouraging additional anti-Jewish actions, and inducing fear among Jewish students. And throughout her speech, whenever she described attacks on Jews, she never mentioned that the perpetrators were Muslims.

For instance, Power stated: “On July 1, a cement-filled bottle was thrown through the window of a local Jewish center in Santa Fe, Argentina with the message, ‘This is a warning, the next one explodes.’ ” Power left out the fact that the note attached to the cement-filled bottle also stated: “Allahu Akbar,” or “God is great” in Arabic, and included the logo of the Islamic State.

Power also failed to mention even more violent anti-Semitism in South America, such as the attack by a Muslim who, while shouting “Allahu Akbar,” stabbed to death a Jewish man and wounded victim’s son in Uruguay in March.

And in still another example, Power referred to the “horrific terrorist attack on a kosher supermarket in Paris” without mentioning that the perpetrator of this deadly attack on Jews was a radical Somali Islamist who also declared “Allahu Akbar” as he murdered victims selected for death because they were Jews.

It is also deeply disappointing that the only time Power mentioned Muslims during her entire speech was when she misleadingly complained that rising anti-Semitism goes “hand in hand” with “xenophobic” efforts to bar Muslim immigration.

In fact, Muslim immigration goes hand in hand with rising terrorist attacks on Jews and persons of other faiths in western nations. It is not “xenophobic” to want to limit immigration by a population infiltrated by ISIS members and other radical Islamists and who, according to FBI Director James Comey, can’t be properly vetted.

Power also omitted the involvement of Islamists and SJP when she described anti-Semitism on U.S. college campuses.

For instance, she stated: “In February, not far from here in Brooklyn College, a group of student activists interrupted a faculty meeting demanding that all Zionists be removed from campus.” Power omitted the fact that this was one of the many incidents that ZOA has documented related to SJP’s anti-Semitic activities at Brooklyn College and other CUNY campuses.

In addition to omitting the radical Muslim perpetrators of violent anti-Semitic attacks, she adopted the diversionary tactic of focusing much of her talk on alleged right wing (generally non-violent) neo-Nazi anti-Semitism.

For example, she expounded at length about an isolated, unsuccessful proposal to erect a statue to honor an official who was a Nazi collaborator in Hungary. By contrast, she never breathed a word about the innumerable ways that the Palestinian Authority honors Muslim terrorists who murder innocent Jews. The PA names streets, sports clubs, schools, and public squares, and sponsors television specials and holidays for these terrorists, and pays these terrorists stipends for murdering Jews.

Sadly, Power also ignored the helpful existing State Department definition of anti-Semitism. The State Department definition includes: holding Israel to a double standard of behavior not expected of other democratic nations; comparing Israeli policy to that of the Nazis; blaming Israel for all inter-religious or political tensions; NGOs focusing peace or human rights investigations only on Israel; and denying the Jewish people’s right to self-determination and Israel’s right to exist.

She should have called for worldwide adoption of this existing definition. Instead, she called for countries to draft and adopt a weak new definition of anti-Semitism that apparently legitimizes much anti-Semitic criticism of Israel.

We urge Ambassador Power to acknowledge that radical Islam is the major perpetrator of rising anti-Semitism and anti-Jewish and anti-Western terrorism. 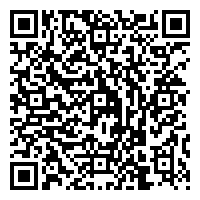