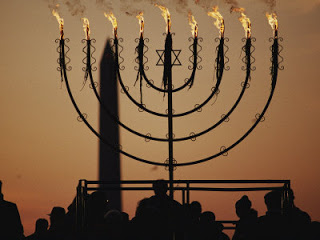 An enigmatic pasuk in Nach predicts the Chanukah story: “…you aroused your children of Zion against your children Yavan” (Zechariah 9:13).


It doesn’t make sense. How can evildoers who promoted idolatry; banned Rosh Chodesh, Shabbos, and bris milah; and decreed that all brides visit the local Syrian Greek leader before their wedding be described as “Hashem’s children”?

Both Rav Yaakov Kamenetsky and the Radziner Rebbe, therefore, explain that the pasuk is referring – not to the Syrian Greeks – but to the Hellenist Jews who acted like them.

We are usually taught that Chanukah commemorates our victory over the Syrian Greeks and the restoration of the Temple service. The truth is, however, that while the revolution against the Yavanim was undoubtedly important, the crux of Chanukah was the civil war between the Hellenists and the minority of faithful Jews led by Matisyahu and his children.

After all, the whole saga began in Modi’in where Matisyahu slew a Jew who acceded to a Greek request to consume pig. He and his children subsequently waged war against the Syrian Greek army, but their primary goal was spiritually purifying Klal Yisrael from foreign influences.

Indeed, a liberal professor 12 years ago wrote an article in the left-wing Forward newspaper expressing dismay that liberal Jews celebrate Chanukah considering that it celebrates the victory of religious extremists over “enlightened” Jewish Hellenists!

Rav Hutner, zt”l, used to say: “Throughout all the various exiles Jews have traversed, only Yavan insinuated itself into the Jewish psyche and essence, which is why Chazal coined a unique term for those affected: ‘Misyavnim.'” What we celebrate on Chanukah is primarily the Maccabees’ victory in purging the nation of alien Greek influences that corrupted our thoughts, speech, and deeds.

If I am correct, though, why are so few Jews aware of this fact? The answer to this question is the same answer for why Hashem wiped out 80 percent of the Jewish nation in Egypt during makkas choshech. Why didn’t He kill them earlier, or later? Because He didn’t want to embarrass us or cause a chillul Hashem. Similarly, if non-Jews knew about the great Jewish civil war 2,100 years ago, we would appear in a bad light. Therefore, only the truly educated know the whole story.

But those who are “enlightened” have an obligation to spread the word so that other Jews can come out of the darkness. For truly one of the greatest problems in our time is the adulteration of Jewish values by modern liberal ideas. Too many of us let these ideas permeate our souls, causing us to twist – or ignore – the Torah’s words on crucial matters debated in the public square.

So on this Chanukah, let us examine the deepest recesses of our hearts with the light that shines on this holiday. And if we find anything within us that contradicts authentic Torah Judaism, let us purge it from our being and rededicate the entirety of minds, bodies, and souls to Hashem and His Torah, which will lead us to the final redemption, may it come soon. 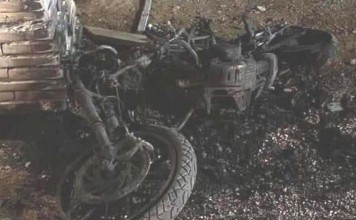 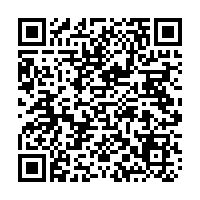