If a senior French politician had been President of the United States, how would he have reacted to the outburst of anti-Semitism that occurred after the US presidential elections? Where does this seemingly absurd question come from? Recently a fake campaign in France began promoting the ineligible Barack Obama as President of France. It started as a joke to point out how unimpressive the current French presidential candidates are. By March 8 the campaign had gained about 50 000 supporters.

Answering this hypothetical question provides some perspective on American versus French attitudes toward anti-Semitism. When the second intifada started in autumn 2000, there was an increase of anti-Semitism in Europe. In France in particular there was a huge outburst, including many violent incidents. French sociologist, Shmuel Trigano said that there were convincing indications that the Jewish community was asked by the government of Socialist Prime Minister Lionel Jospin to keep quiet and not “throw oil on the flames.”[1] Police often classified anti-Semitic incidents as “hooliganism” to hide that the crimes committed were specifically against Jews.

Rabbi Marvin Hier, Dean of the Simon Wiesenthal Center, said at the time “After the many violent anti-Semitic incidents in France over the last few years, the SWC put out a warning saying that Jews traveling there, who looked Jewish, should be aware that they were at risk…Our public statements let to a meeting with President Jacques Chirac in May 2003…The French president told us that there was no anti-Semitism in France; it was some young hooligans who had attacked Jews. We replied that many French Jews – particularly in the Parisian suburbs and provinces – had told us different stories, and that there was substantial anti-Semitism in France.”

Hier continued, “It was a tough conversation, and in the end we agreed to disagree on all the major points. President Chirac said he would fight whole-heartedly to prevent anti-Semitism in France, but that it was not there. After we left the Elysée Palace, we went to a reception at the home of Baron de Rothschild. Two of our group missed the bus and took a cab. They wore skullcaps, and were right outside Baron de Rothschild’s home when a few people started insulting them, saying things like, ‘Get out of France, you Jews.’ That was an ‘eloquent’ answer to Chirac’s vain claim that there was no anti-Semitism in France.”[3]

Israel Singer, then chairman of the executive committee of the World Jewish Congress, offered another perspective on Chirac’s views on anti-Semtiism. He recalled how a few years earlier Chirac had told him Jews are the cause of anti-Semitism in France and everywhere else.[4] The basic truth should be emphasized here once again: that anti-Semtiism is caused by anti-Semites and not by Jews. Only toward the end of 2003 – three years after the beginning of its massive outburst — did Chirac finally turn around and say that France had to combat anti-Semtiism.

Some prominent deniers of anti-Semtism persevered however. In February 2004 former French center right Prime Minister Raymond Barre and former socialist EU Commission President Jacques Delors denied on television that there was anti-Semtism, specifically including Muslims and French schools – two of the main focuses of complaints from the Jewish community – in their statement.[5]

Early this January the first wave of an outburst of bomb threats against American Jewish institutions, as well as a number of other anti-Semitic incidents took place.  It took President Trump a few weeks to condemn them, amid some cryptic remarks that “sometimes it’s the reverse to make people – or to make others – look bad,”[6] – yet condemn them he did. He said on 21 February, “The anti-Semitic threats targeting our Jewish community and community centers are horrible and painful and a very sad reminder of the work that still must be done to root out prejudice and evil.”[7]

This comparison shows that Trump is far more positive toward the Jews than a selection of past French leaders from the right and left. It also proves also that American Jewish organizations have far more clout than the ones in France, which is the European country with the most Jews – about half a million.[8]

Furthermore solidarity with Jews is far bigger in the U.S than in France. Vice-President Mike Pence visited Missouri after the desecration of a Jewish cemetery and said, “We condemn this vile act of vandalism and those who perpetuate it in the strongest possible terms.”[9]

It was also impressive that all 100 senators sent a letter to Homeland Security Secretary John Kelly, Attorney General Jeff Sessions and FBI Director James Comey urging them to assist local law enforcement agencies in protecting Hebrew schools, Jewish community centers and synagogues as well as helping prosecute those who threaten or vandalize those institutions.[10]

In 21st century France, acts of solidarity took far longer to occur and when they did, never even approached the current levels of presidential, governmental and public solidarity in the United States 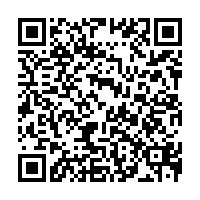