With the videos released by the Center for Medical Progress and Carly Fiorina’s emotional remarks at the second Republican debate about the undercover recordings, the issue of abortion is once again on the national stage.

Proponents of Planned Parenthood almost invariably reframe the issue into a question about women’s rights and women’s health. In doing so, they lump noncontroversial issues –such as mammograms (which Planned Parenthood admits it does not provide), cervical cancer testing, testing for STDs, and host of other medical concerns – with the specific and gruesome question of abortion.

Critics of Planned Parenthood will point out that its founder, Margaret Sanger, was a racist and eugenicist who wanted to sterilize those she judged unfit for parenthood. However, though Americans sometimes meander into debating these side points, they amount to nothing more than one big diversion.

From a philosophical perspective it is clear that Americans have not come to a consensus on a crucial two-fold question: “What is life?” and “What is a fetus if it isn’t life?”

The Catholic Church has taken the stance that sanctity of human life ought to be respected from the moment of conception. The Church roots its position in scriptural verses, both from the Hebrew Tanach and the Christian canon. Its Hebraic sources include, “Before I formed you in the womb I knew you, and before you were born I consecrated you” (Jeremiah 1:5), and “My frame was not hidden from You, when I was being made in secret, intricately wrought in the depths of the earth” (Psalm 139:15).

The Church’s position is also the conclusion of modern science. Today’s embryology unambiguously also takes the position that life begins at fertilization or, at the latest, at implantation. There is an extensive list of scientific sources that take this position. One writer, Sarah Terzo, compiled many key writings to illustrate the widespread acceptance of this position: “Human life begins at fertilization”; “The zygote is human life… there is one fact that no one can deny; Human beings begin at conception” (see her article, “41 Quotes From Medical Textbooks Prove Human Life Begins at Conception” on Lifenews.com).

If one accepts the conclusion of mainstream science, then, there is no question that a fetus, even as an embryo, or even as a zygote, is a living human being.

Judaism, according to many traditional sources, asserts that the fetus, for purposes of Jewish law, considered a human person. Maimonides writes that if a woman is experiencing a difficult pregnancy, that pregnancy may be terminated, because the fetus is considered a “pursuer” (Hebrew, rodef), and can be aborted, just as a would-be murder may be killed in self-defense.

But Maimonides writes that once the head is crowned, the pregnancy may not be terminated since we do not push off one life for another life (Rotzeach u-Shemirat Nefesh 1:9). The concept of rodef applies only to humans, which serves as persuasive evidence that Maimonides viewed the fetus as life. Furthermore, the Shulchan Aruch, the central repository of Jewish law, adopts the Maimonidean position verbatim (Choshen Mishpat 425:2).

Rabbi Moshe Feinstein likewise rules that abortion is murder (see Rabbi Dr. David Shabtai’s erudite and detailed article, “Abortion Within Limits,” in response to Moshe Zuriel’s claim that Judaism views abortion as a “rabbinic prohibition” rather than a biblical one, in his article “Abortions That Are Kosher,” both on torahmusings.com).

But, some will claim, perhaps Maimonides and Rabbi Feinstein are wrong; perhaps Judaism views the fetus as something other than a human person.

This leads to our second question: What is the fetus if it isn’t life? What ontological status do we ascribe to the fetus? If we deny the fetus has life as a newborn has life – and we wish to argue that the fetus does not enjoy the same protected status as a baby after parturition – does the fetus have any special status? If we view the fetus as a cluster of morally insignificant human cells, then philosophically it has no protected, distinct, or sacred status at all.

Judaism from ancient times has found a path to protect the fetus while not overburdening the mother in perilous and extreme cases. The contemporary pro-choice position, however, neglects to extend any significant concern or compassion to the fetus – while simultaneously disregarding the teachings of both science and religion – and thereby denies the fetus any sacred status, either as human or human-like. It has elevated the health, concerns, and desires of the mother as the sole and controlling question.

Are the pro-choicers, even if they reject science and religion, willing to grant that the fetus has any protected status at all, or will they continue to strip the fetus of any shred of human dignity it possesses? A society is judged, after all, by how it regards it weakest members.

The Jewish tradition, and the Christian tradition that followed it, teaches that all of mankind, not just adherents to one religious faith, are created in the image of God (Gen. 1:27). The simplest reading of that verse is that just as God created the world, mankind has a cognate obligation to create and not wantonly destroy, as Isaiah says, “He did not create it to be empty, but formed it to be inhabited” (Isa. 45:18).

On any other issue, if Judeo-Christian teachings and scientific analysis were to reach a consensus, we would expect the discussion to be pedestrian; the devout would adhere to their religious tenets and the more scientifically oriented individuals would reach the same conclusion through empiricism. Yet on the question of abortion, both religion and science have been set aside in favor of an alternative set of values that is rooted in neither.

Will we allow the sanctity of life to be continually desecrated because of a set of doctrinaire beliefs that conflicts with both religion and science? Or will we stand up for the weakest among us? While one presidential candidate recently said the question of abortion is one of “big government” –disregarding that questions of life, liberty, and property are cornerstone concerns of any government, big or small – another presidential candidate has repeatedly reminded us, “This is about the character of our nation.” 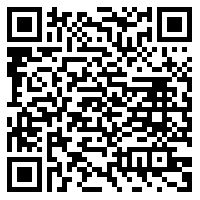