He seemed, not unlike Obama, to be unaware of the concept of Taghieh. This is a Shia Muslim theological principle that it is not only permissible, but even laudable to lie and deceive to achieve religious ends. The Shah was deceived. The West was deceived. The merchant and intellectual classes who wanted more of a say in running the country were deceived. They all miscalculated the true intentions of religious fascism.

How sad it is that religions, supposedly the standard bearers of honesty and purity, time and again end up being the poster boys of deviousness and deception.


Exactly the same happened in Egypt. Morsi and the Brotherhood presented themselves as a moderate religious alternative to the Mubarak’s fascism. Instead they used the infant democratic process to blind the Army into giving then a free hand and the West into praising them for their “Moderate Islam.” By now we know what that means.

Israel made a similar mistake in supporting the Islamo-fascist Hamas as a counterbalance to the secular PLO. In 1987 the supposedly brilliant analysts argued that the way to Divide and Rule the Palestinians was to give tacit and underground encouragement to the religious militants in order to contain the secular PLO. It worked for a while. But then it too used the political process to get hold of Gaza and promptly destroyed what fragile democracy there was.

This is the fear in Syria. The fascism of Assad is challenged by extreme Muslims who, if they got power, would squash democracy in favor of a theocracy. Having displaced the moderate rebels, they are now courting Western opinion by claiming they will not be as fanatical as the West currently fears.

I love my religion. But I can see all too clearly how dangerous political religion is everywhere in the world. Vast hordes of unemployed youth are attracted to what appears to be a genuinely religious and social organization. But they are then easily turned into a murderous rent-a-mob. The siren music of moderation is a sham, a front to gain power, and then that power will be turned against freedom.

I fear for Israel. More and more politicians, industrialists, and wealthy nomenclatura are courting pseudo-mystical rabbis in search of money, blessings, and votes. The demographics favor the religious extreme. That is why it is so important not to allow religious fanaticism to infiltrate the mechanisms of power any more than they have so far. Sympathetic, holy rabbis soon turn into damning furies when their wishes are denied. Interestingly, the vote for religious parties in Israel is well below the number of potential voters in the Charedi community, and it has not risen in tandem with the birthrate. I take this to mean that many of the religious community are intentionally not voting for religious parties.

This is very hopeful. It means that they may be loyal to the religion and love it as much as I do, but they know the dangers of trusting religion in power. We should accord religious leaders respect, but fear the abuses. As the lovely Hebrew proverb goes, “Kabdeyhu, VeChashdeyhu.” Honor him, but be on your guard. 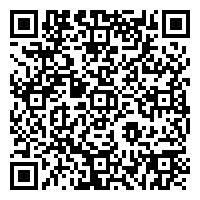