Rabbi Chaim Kanievsky is now purported to have stated that anyone who uses an iPhone is invalid as a witness, or as a mesader kiddushin.


But why does Haaretz report on this story with the words “Prominent rabbi reportedly declares marriages and divorces witnessed by those who have Internet access invalid.”

Why does Harry Maryles write in The Jewish Press that he’s sure R Kanievsky was either misquoted or misled?

Why isn’t there a clear process of communication for “gedolim” to communicate to the Jewish world they supposedly represent? Why is everything hearsay?

I know that the Charedi world doesn’t work this way, but I wish there was a publication and verification process, like there is in the academic and reputable journalistic worlds. Otherwise, we depend on rumor and hearsay about these rabbinic statements.

We should not be having endless conversations about whether a famous rav actually said what he is purported to have said or not. The conversation should be about agreement or disagreement with these statements. It’s ridiculous that so much time is spent discussing who said what.

If a well known rav makes a statement, it should be unambiguous and he can then be called upon to defend or explain himself. Vague statements from behind closed doors reported by followers with agendas should not be taken seriously.

For those who adhere to the guidance of “Daas Torah”, any directives of this sort should be disregarded unless there is a clear communication from the rabbi in question himself.

And for those of us, like myself, who do not subscribe to the concept of “Daas Torah”? We should similarly demand a clear and unequivocal statement from the source before we attack the rabbi in question for statements he only may have said. 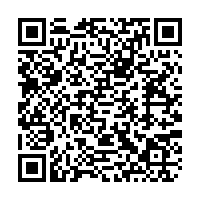