How often, when we hear reports of violence, do we immediately point our fingers at those we think most responsible for every form of social evil?

It’s only human.  We all have our prejudices and biases.  But we should also have an equal measure of self-control, self-discipline, sound judgment, and common sense.  Individually and collectively, don’t we have a moral obligation to not rush to judgment, to keep our presumptions to ourselves until the facts either bear us out or prove us wrong?

All the more so if we’re members of congress or talk-show hosts.

Increasingly, we resist allowing reality to govern dialogue.  Honestly, we can’t even call it dialogue anymore.  The airways and innerwebs overflow with polemics, screeds, and diatribes – too many of them utterly disinterested in facts and untethered to any semblance of truth.

It’s easy to rationalize. If the other side indulges in hyperbole and shameless partisan editorializing, why shouldn’t we be?  Don’t we have a duty to counterbalance their inaccuracies, even if it means skewing our own side of the story?  Emboldened by the spirit of self-righteousness, we contribute to a new normal that legitimizes defining the narrative as whatever we want it to be, cherry-picking facts, and fabricating stories that conform to our biases and inclinations – all without the consequences of accountability.

In response to every headline, we blame the other – the enemy, the wicked, the extremist, the fanatic – all the while oblivious to the contradiction in our own narrative that makes us complicit with those we despise as we contribute to the culture of hate we decry.

THE SOURCE OF IT ALL

Perhaps the most perverse symptom of our societal disintegration is the claim that religion is responsible for divisiveness and extremism.  Applying the same logic, one might blame sunshine for heat stroke, medicine for overpopulation, and cutlery for eating disorders.

It was religious philosophy that taught mankind the eternal values of love, peace, brotherhood, charity, kindness, and justice.  Everything good and noble about human society can trace its roots to the values brought to light through the teachings of religion.

However, as King Solomon observed, “one is set against the other.” The universe maintains a spiritual and moral equilibrium that allows for human free will.  The same values that guide us on the path of virtue, when misapplied, just as easily spawn persecution, demonization, pogroms, crusades, jihads, holocausts, and genocide.

Paradoxically, extremism begins with the noble human passion for attachment to something greater than ourselves.  Unchecked, that passion mutates, perverting the principles of peace into the war drums of fanaticism.

Extremism is not a function of religion.  Extremism emerges from the insecurity of adherents who don’t know why they believe what they believe and therefore despise all who believe differently. The mere existence of any opposing belief system threatens the validity of their own belief, driving them to respond with violence.

That’s why militant atheists resemble jihadists in their religious fervor. Nothing but the annihilation of heretics will calm the turmoil within their breasts.

THE ILLUSION OF FAITH

It was not devotion to G-d that took the lives of innocents in a Jersey City grocery store.  It was self-serving distortion of G-d’s teaching masquerading as religious ardor while revealing itself as disdain for the divine spark that resides within living soul.

Where was G-d in Jersey City? In Pittsburgh?  In Auschwitz? Where is G-d in every human tragedy, great and small?  If G-d cares for us and loves us, why does He hide His face?

Sometimes, however, through the strange workings of Providence, we do catch sight of Him for a fleeting moment.  Like when murderers mistakenly enter a grocery store instead of the school next door, sparing dozens of school children at the expense of four martyrs.

“Where is G-d?” asked Rabbi Menachem Mendel of Kotzk. He then answered his own question: “Wherever you let Him in.” 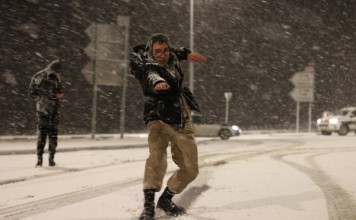 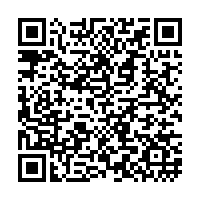