Nothing is certain except death and taxes — but a few things come close. One is that, come November, either Democrat Barack Obama or Republican John McCain will emerge as the next president. When that happens we’ll be turning the page on eight years of rancorous political partisanship.

Whether matters could have gone differently for the current White House occupant must be left to historians at this point. George W. Bush certainly had a lot going against him, including an embittered Democratic party and a sympathetic media eager to undermine him. But he also lacked some important political skills when he entered the White House, skills a president generally needs to succeed.

Awkward before reporters and cameras, Bush also seems to have lacked the ability to knock heads inside his increasingly contentious administration where leaks, backstabbing and political infighting became the order of the day. So what can we expect in January after the new president, whoever he is, is inaugurated?

If it’s Obama, we can bet on a bit of whooping and hollering as the media and their favorite political party rejoice at the long sought restoration of 1600 Pennsylvania Avenue to Democratic hands. As the new president comes in, there will be a rush to push out Republican appointees and replace them with Democratic loyalists (though Democrats condemned Republicans for doing the same thing in the Bush years).

Along for the ride will come the unions and trial lawyers seeking to reverse many of the changes effected since Ronald Reagan and never fully reversed when Bill Clinton held the White House. Obama will give us a rousing and uplifting inaugural speech, making history as the nation’s first African-American president while the media gush and European leaders beam.

A President Obama will set up numerous White House working groups to begin implementing the changes he’s called, for including moving toward nationalization of America’s health care system, drafting legislation to raise taxes, and withdrawing troops from Iraq. Will he also increase troop levels in Afghanistan as promised? It’s not likely any president will want to begin his administration with disastrous defeats so it’s a good bet he’ll actually go slower on Iraq than his current rhetoric suggests, while showing a good deal more caution in ratcheting up our Afghan presence. More troops means more fighting in the short term and the left will go ballistic if Obama moves rapidly in that direction.

Will a President Obama meet immediately and unconditionally with Ahmadenijad as he has promised? Probably not, given his shrewd judgment, natural caution and the Iranian president’s still bellicose attitude, though perhaps he will find a way to move in that direction by his second year. It’s highly likely, though, that a meeting with Cuba’s Raul Castro will happen more quickly. Not much risk in that, after all. Venezuela’s Hugo Chavez, on the other hand, will likely have to wait a while because of the recent revelations of his deep involvement in efforts to overthrow the government of President Alvaro Uribe in neighboring Colombia.

It’s also unlikely a President Obama will shut down the nation’s anti-terrorist operations, given his new responsibilities, but Guantanamo’s days as a holding pen for captured foreign fighters and terrorists will surely be numbered. The left will give a President Obama a prolonged honeymoon as he takes up the governance of the nation, if only because he’s so clearly perceived as one of theirs. But also because to do otherwise would risk being tarred with the brush of racism. Still, Obama won’t have a blank check from his cadre of left-leaning supporters. They’ll desert him if he demonstrates too much interest in governing from the center.

What about Israel? Candidate Obama has begun making many of the right noises to please Israel’s supporters in this country, but can he be counted on to continue to sound those notes once he’s in the White House? His left-wing affiliations argue against that, unfortunately. He comes out of a segment of the Democratic Party that harbors a deep-seated resentment of Israel and a reflexive tendency to side with underdogs who, in these times, the media tell us are the Palestinians. While there remains a residual public commitment among many Democrats to Israel’s survival, it looks to be fading fast among the core left-wingers who have commandeered the party Obama now heads.

While we are currently in something of an economic funk, an Obama victory would likely bring with it a certain national euphoria, so look for a nice post-election day stock market rally hard on the heels of an Obama win. Of course, Obama’s policies of higher taxes and higher spending, combined with a shift toward protectionism and bigger government, are still likely to have a dampening effect on economic activity so the post-election boom would likely be short-lived, reflecting the realization that the serious Europeanization of America had finally begun. Just as the European states struggled for years with sub-par economic growth, so we would find ourselves in their shoes once Euro-think took hold for real in Washington. 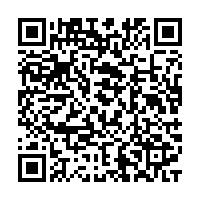