A quick perusal through newspapers, magazines and recent books reveals a plethora of titles such as “The Pre-Adult Male: Listless and Confused,” “Where Have the Good Men Gone?” and “Why There Are No Good Men Left.”

These all bemoan the difficulty the modern woman has in finding an educated and employed mate. Some posit that women have left men behind as they pursue higher education at greater rates than men and are outperforming and out-earning them in their careers, which has resulted in a difficult dating scene for successful women seeking educated men with a job. Per a recent study showing that 75 percent of women wouldn’t date an unemployed man, this would seem to be a widespread problem.

As you would expect of a nation with the mission of being an ohr lagoyim, we have avoided this problem entirely. In fact, we have pulled a hoax of such proportion that one almost expects to see the Elders of Zion crouching in the shadows and pulling the strings to effect it.

We have educated our young women, our future wives and mothers, to believe that not only is a young man with a job or a degree not to be sought after, but he is in fact someone to be avoided at all cost. Our daughters now seek precisely those men who are incapable of supporting them and their children.

While such an arrangement may bear fruit for the Rebbe Akivas and Rachels among us, have we attained such heights of hubris as to believe that our chinuch produces no other product? Our girls have been trained, en masse with no regard for whether or not they are suited for such a lifestyle, to ignore, repress and reject every urge they have for self-preservation. How our educators have managed to overcome thousands of years of maternal instinct and biological imperative boggles the mind and should inspire vast amounts of research by anyone with totalitarian ambitions.

We have arrived at a point where single men defer leaving yeshiva to attend college or begin working because they fear the negative impact this will have on their shidduch prospects! This is worlds away from the model demonstrated for us by Yaakov Avinu. The Seforno explains (Bereishis 29:18) that Yaakov offered to work for Rachel for seven years because he had arrived at Lavan’s home penniless and without a means of supporting a wife and children, and “there is no doubt that a tzaddik wouldn’t marry a wife and raise children without the means of supporting them.”

We are doing these young women and men a grave injustice. Entrusted with their education we have extolled a lifestyle that is antithetical to Torah and condemns many of them to a life of financial difficulty. Many studies reveal that a primary cause of marital conflict is financial stress. Today, with marriage under attack on multiple fronts, do we truly feel comfortable adding the virtual certainty of monetary difficulties to the many challenges already facing married couples?

Sowing the seeds of marital destitution and dissent, we saddle our women with the curse of Adam in addition to the curse of Chava. Who is held accountable when these young women are exposed to the harsh light of reality as they struggle to act as mother, wife and breadwinner with a husband who, even if he desired to assist in supporting his family, has none of the prerequisite experience or education?

Isn’t it time to admit we have extended proper motivations to the point of absurdity?

The Ohr HaChaim (Shemos 18:21) questions why it was necessary for Yisro to be the one who advised Moshe Rabbeinu to establish a system of courts. After all, this suggests a lack of wisdom among Bnei Yisrael as no member of the tribe had arrived at such a solution. Not only that, but the Torah portion in which we are given the Aseres Hadibros is named after this newcomer! He answers that this advice had to come through Yisro to teach future generations that Jews have no monopoly on intelligence and that we should seek wisdom from all sources.

There are many faults and flaws in modern, secular culture, and it is as astounding that we would need to turn to outside wisdom for this truth as it was in the case of Yisro, but can you imagine the reaction of single women in secular society who despair of ever finding a working man if they knew we were actively encouraging our daughters to seek men who have no means of supporting them?

We have become so accustomed to the situation that, like the proverbial frog in the boiling water, we fail to recognize how unnatural and dangerous it is. Throughout the ages, society – Jewish and non-Jewish – has recognized the obvious insanity of such a course. Why don’t we? 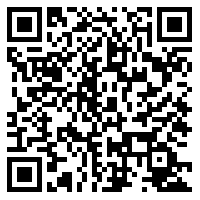