The new Swedish government has announced that Sweden should recognize Palestine as a state. The argument behind this decision is that such recognition would lead to the resumption of peace negotiations and to the conflict being resolved through a two-state solution. But we wonder if the new government of Sweden has a thought through policy regarding the Israeli-Palestinian conflict or if Sweden’s recognition of Palestine is a consequence of racist populism on a cave man’s level and the influence of extremist elements in Swedish politics.

12 july 2014, the new Swedish Prime Minister, and then leader of the opposition, Stefan Löfven, commented on the conflict between Hamas and Israel on Facebook and then argued that Israel has the right to defend itself. The response from the grass roots of his party was loads of heavy anti-Semitic comments that the Swedish Committee Against Antisemitism documented in a 10 page report. Stefan Löfven’s reaction towards all these anti-Semitic comments was erasing his statement from Facebook, where he argues that Israel has the right to defend itself. Only a few months before Stefan Löfven became prime minister in Sweden he managed to show the racists in his party that they had influence over the foreign policy.

The reason that the Social Democratic Party have become a party in which anti-Semitic ideas thrive is because they have chosen to pursue populist policies and attract voters who come from certain parts of the world where anti-Semitic conspiracy theories about Jews and Israel is part of the media discourse. The Social Democrats reign along with the Green Party, which is still a party where politicians with extreme views manage to retain their political assignments. Sweden’s new Minister for Housing and Urban Development, Mehmet Kaplan, happened by “accident” to invite the infamous anti-Semite Yvonne Ridley to the Swedish parliament in November 2011. Later he said that he did not know Yvonne Ridley was an anti-Semite, but we ask ourselves who would invite someone to the Swedish Parliament without conducting a proper background check about the person invited. As late as July 2014 Mehmet Kaplan compared Swedish jihadists who go to Syria with Swedish volunteers who went to Finland to defend the independence of Finland against Soviet aggression during World War II. In the same month in front of an entusiastic crowd of pro-Palestinian demonstrators he also gave a speech, in which he proclaimed “We will liberate Jerusalem”. Everybody ought to know that “liberating” Jerusalem has never in history been a peaceful project and “the liberation of Jerusalem“ is very much used in the anti-Israeli discourse of the Islamic Republic and the terror organisation Hamas. In the Green Party’s International Committee there are individuals like Yasri Khan who in his blog compares Israel with a “strong thief.” 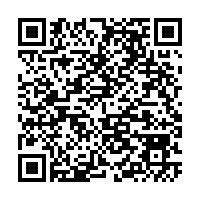