Russia says it plans to support the draft resolution proposed by the Palestinian Authority to set a deadline to expel all Jews from Judea, Samaria and all other territories won by Israel in the 1967 Six Day War.

With the ethnic cleansing of Jews from those territories, the PA would thereby be established as the new sovereign country called the State of Palestine, essentially within the borders of the State of Israel. The move would absolve the PA of having to meet its legal obligations to negotiate the terms of its final status, including its borders, with Israel under the internationally-recognized Oslo Accords which were signed in the early 1990s.

“I cannot see any reason to cavil about this text or about the Palestinian people’s wish to say once again ‘let’s have a look at this situation in the UN framework,” said Russian deputy foreign minister Mikhail Bogdanov on Sunday.

“So we say, ‘If you find one option or another suitable, then we will support you as friends. You know better what you need and how to achieve it. We think that the Palestinian case is fair, meaning that people have a right to self-determination, up to establishing their state,” he told journalists on Sunday, according to the semi-official Russian news agency RIA Novosti.

The Palestinian Authority was designated a “non-member observer state” by the United Nations General Assembly in 2012.

The Russian news agency added, “By September 2013, the Palestinian State has been recognized by 134 UN member states, including Russia. However, most of the European Union members and the United States have not given their official recognition. Some EU members, such as Hungary, Poland and Slovakia, have recognized the Palestinian State before joining the bloc.” 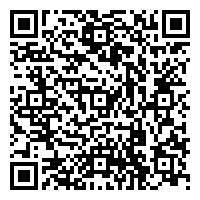