Those humanitarian calls were misdialed. The 500 tons of cement diverted to the terror tunnels represent many homes that civilians won’t be returning to.

Hamas understands that it can harm its own people while exporting terror to Israel – all without pushback from Western naifs.


Abbas, apparently, understands the same. No world leader holds him accountable for his part in the breakdown of negotiations — but Bibi Netanyahu received thinly veiled warnings from politicians, “pro-peace” churches, NGOs and pundits of dire economic consequences and international isolation.

There is still a way out of the Holy Land morass.

It involves incentivizing Palestinian Arab leaders and their constituents to choose peace and compromise over conflict, through economic cooperation and growth. That’s precisely the kind of activity that got actress Scarlett Johansson axed by Oxfam for daring to support Sodastream’s West Bank operation that treats and compensates Jews and Arabs equally.

As long as civil society and church groups continually send the wrong message to the Palestinian Arabs, they will have to take responsibility for deep-sixing the work of John Kerry and all the other real peace-seekers.

US Tossing PA $75 M, But It’s Still the Terrorism, Stupid 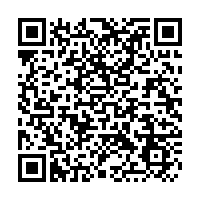