Continuing his swing through the Middle East this week, Secretary of State John Kerry moved on from his discussion Tuesday, with Israel’s Prime Minister Binyamin Netanyahu, to meet with Arab Palestinian acting leader Mahmoud Abbas.

But Kerry started this trip with his tools down.  It was not until moving on to his meeting with Abbas and other Arab Palestinian officials that Kerry pulled out both the carrot and the stick.  The carrot? An additional $75 million for Palestinian Authority infrastructure projects. The stick? That was applied to the Israelis who had the temerity to continue allowing Jews to build houses in the Holy Land.


Kerry announced the huge financial gift at a press conference in Bethlehem, on Wednesday, Nov. 6.  It is for the Palestinian Authority’s “High Impact Micro-Infrastructure Initiative (HIMII).” That brings the total U.S. commitment for this initiative to $100 million.

The U.S. press release issued prior to the meeting between Kerry and Netanyahu sounded positive, optimistic notes, with Kerry warmly referring to the leader of Israel by his public nickname, “Bibi.” At least publicly, in front of the Israeli prime minister, Kerry refrained from pointing fingers and placing blame, instead claiming that he believes peace is within reach.

“With good faith, with a serious effort on both sides to make real compromises and hard decisions, this can be achieved,” is how Kerry is quoted in the press release.

But in territory controlled by the Palestinian Authority, the U.S. secretary of state was pointing a finger, and it was pointed only towards the Israeli side.

“Let me emphasize at this point the position of the United States of America on the settlements is that we consider them now and have always considered the settlements to be illegitimate,” Kerry said to reporters in Bethlehem, as captured in the State Department’s press release.

That is also when the announcement of the additional $75 million of U.S. funds being funneled into the Palestinian Authority’s pockets was made.

At this press conference, Kerry talked about what the funds committed to by the U.S., and its partners – Germany has already committed to $10 million – will mean for the Arabs in the area.

No word on how State hopes to prevent this $75 million from disappearing in the pockets of the kleptocracy that runs “Palestine,” as have so very many other dollars, euros, marks and francs.

It is not lost on some long-time observers that the Arab Palestinians received the greatest advances in health, education, literacy, and just about every quality of life indicator a little more than 46 years ago.  That happens to be what they and virtually the rest of the world points to as the lowest point in Arab Palestinian history: the so-called Occupation.

As pointed out in a classic, must-not-be-missed compilation of information and other statistics regarding the quality of life for Arabs living in the area now widely referred to as the “West Bank” and in Gaza, the lives of Arab Palestinians improved dramatically starting in June, 1967.  Their lives continued improving at an astounding rate until the Arabs themselves put a halt to it, with the first Arab Palestinian uprising, popularly referred to as the “First Intifada,” in the late 1980’s.

Efraim Karsh wrote that seminal article, “What Occupation?” for Commentary, (reproduced, with permission, here) in the summer of 2002.

He found that for Arabs living in the “West Bank” and Gaza, for example,

– their economy was the “fourth fastest growing economy in the world — ahead of such “wonders” as Singapore, Hong Kong, and Korea, and substantially ahead of Israel itself”;

– Israeli medical programs reduced their infant-mortality rate of 60 per 1,000 live births in 1968 to 15 per 1,000 in 2000, and Israel’s systematic inoculation program eradicated their childhood diseases like polio, whooping cough, tetanus, and measles. 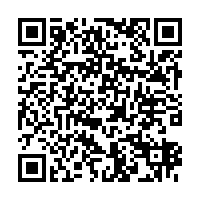